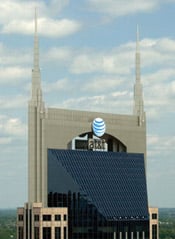 In a recent op-ed at Forbes.com, Joan Lappin decries the merger of AT&T and T Mobile, and calls for the FCC to prevent it. Her “justification” is that if “ATT was denied the right to merge with T Mobile, T Mo might instead merge with Sprint,” which she claims “would be great for all of us.”

Geert Wilders is Not Brave Enough to Be a Coward
The Gift of Great Summer Reading—or Listening!
Return to Top