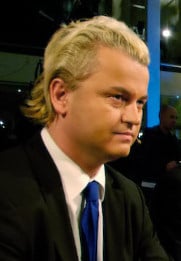 On June 23, a Dutch court acquitted Geert Wilders on the absurd charges of “hate speech” or, more specifically, “inciting hatred against Muslims” in various public statements and his film, Fitna. According to BBC News, Wilders was acquitted because the court “accepted the Freedom Party leader’s statements were directed at Islam and not at Muslim believers,” thus his statements were “acceptable within the context of public debate.”

As wonderful as Wilders’ acquittal is, the court’s distinction here is ridiculous. Islam is a religion—a set of tenets to be accepted on faith and enacted with unquestioning obedience. A Muslim is one who submits to this particular religion. Everyone else, according to Islam, is an infidel who must therefore be converted or killed by those who have submitted.

Islam wouldn’t be a problem if no one was irrational enough to embrace this murderous creed. Unfortunately, there are billions of extremely irrational people in the world, and many of them embrace Islam. To condemn this creed is, by immediate implication, to condemn those who choose to embrace it—namely: Muslims.

Whether directly or by implication, Wilders has condemned Muslims—just as every thinking person on the planet should. Islam is evil—and so is everyone who embraces it, precisely to the extent that he embraces it.

To submit to the will of “Allah” is to relinquish one’s mind to a fantasy monster. This act is evil on two counts. First and foremost, it is evil because one’s mind is one’s basic means of living; thus, to relinquish one’s mind to a “God” (or anything else) is selfless. Second, to submit is evil because, according to Islamic scripture, “Allah” calls for his followers to murder those who refuse to submit. This is, well, murderous.

In reply to praise for her courage in openly condemning evil, Ayn Rand famously replied, “I am not brave enough to be a coward; I see the consequences too clearly.” Mr. Wilders is not brave enough either. Would that more men had his courage.