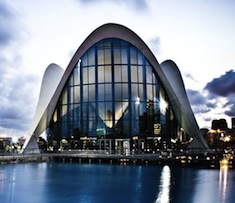 Since becoming the governing party in 2004, socialists in Spain have expanded unemployment to 21 percent, accumulated mountains of debt, and pushed Spain’s economy to the brink of collapse. Fortunately, their rule has ended. The Popular Party—described by many as “center-right”—unseated the socialists in a recent election, winning an absolute majority.

Unfortunately, the Popular Party has not yet presented any specific plans for reducing the size of government or cutting spending, and this is where the danger and opportunity lie. The ousting of a socialist government is good news, but it does not guarantee safety from economic collapse let alone a move toward economic stability. If Spain is to get back on its economic feet, the new government must cut spending, slash regulations, and free the markets so businesses can thrive.

But to do so, the new government must reject the socialist notion that the state owns the means of production and has a right to control businesses or regulate the economy. It must recognize that each Spaniard is a sovereign being, with the moral right to pursue his own values and keep the products of his efforts. Not only would the recognition of individual sovereignty and individual rights enable Spain to avoid economic collapse; it would ultimately lead to widespread prosperity.