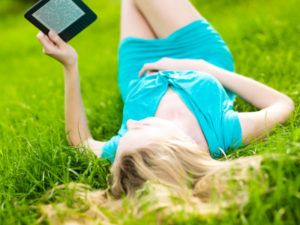 The publisher’s decision marks a new era for the encyclopedia, and more broadly it marks a significant milestone in the breathtaking advancement of the digital age. Long gone are the days from my youth when still images and simple programs could take hours to download over copper phone wires at long-distance rates; today we can download videos, books, audio recordings, and entire encyclopedias within minutes, if not seconds, and the transfer itself costs trivial sums. Oh, and you can do it on your portable phone. Such advancements are a tribute to the power of human reason when left free to function.

Indeed, we have come a long way from the 15th century printing press of Johannes Gutenberg—to the 1768 inaugural edition of the Encyclopaedia Britannica—to the 2001 founding of Wikipedia—to this year’s decision by Britannica to go digital. (I’ve included links to Encyclopaedia Britannica entries; one can also read about that encyclopedia at Wikipedia—and, most wonderfully, each publication contains criticisms of the other.)

Admirably, the banner of the Encyclopaedia Britannica proclaims as its motto, “Facts matter.” That is true regardless of the technology by which the observed facts of reality are reported.

Welcome to the future.

The U.S. Should Rescue Gross and End the Castro Regime
What do Rick Santorum and Jane Fonda Have in Common?
Return to Top