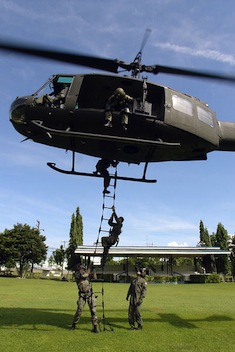 The problem here is not the stalemate, but the negotiations.

For the Philippine government to negotiate with these monsters is an outrage. The rights of innocent Filipinos to live their lives is non-negotiable.