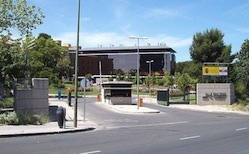 Kurzweil reports that “Mouse lifespan was extended up to 24 percent with a single gene treatment in research at the Spanish National Cancer Research Centre (CNIO), using gene therapy, a strategy never before employed to combat aging.”

Mice treated at the age of one lived longer by 24% on average, and those treated at the age of two, by 13%. The therapy, furthermore, produced an appreciable improvement in the animals’ health, delaying the onset of age-related diseases – like osteoporosis and insulin resistance – and achieving improved readings on ageing indicators like neuromuscular coordination.

The gene therapy utilised consisted of treating the animals with a DNA-modified virus, the viral genes having been replaced by those of the telomerase enzyme, with a key role in aging. Telomerase repairs the extremes of chromosomes, known as telomeres, and in doing so slows the cell’s and therefore the body’s biological clock.

The report indicates that it will be a while before this type of treatment can be used safely on human beings to increase their lifespan, but that it may be applicable in treating human diseases in the near future.

Hats off to the brilliant scientists involved in this research.