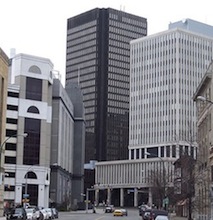 Here’s a beautiful story about what a curious and creative mind can accomplish—even at a very young age. Excerpt from Popular Science:

Late one night two years ago, Adam Munich found himself talking with two new acquaintances in a chatroom. One, a Pakistani guy, was complaining about rolling electricity blackouts in his country. The other had broken his leg in a motocross accident in Mexico and said his local hospital couldn’t find a working x-ray machine. The two situations fused in Munich’s mind; he wondered if a cheap, reliable, battery-powered x-ray machine existed—something that could be used in remote areas and function without being plugged in during blackouts. After discovering that the answer was no, he spent two years building one himself out of Nixie tubes, old art suitcases, chainsaw oil, and electronics from across the globe. It was an incredibly ambitious project for anyone, let alone a 15-year-old.

Congratulations to Adam. And may he achieve even greater heights in the years to come.