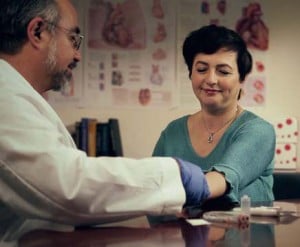 Fox Business reports that executives from more than 800 companies and medical-groups are demanding a repeal to the medical-device tax. Here are some excerpts from their letter to the senate demanding its repeal and elucidating why the tax will “adversely impact patient care and innovation, and will substantially increase the costs of health care.”

The United States is the world leader in manufacturing life-saving and life-enhancing treatments, and the industry is an important engine for economic growth. The industry employs more than 400,000 workers nationwide; generates approximately $25 billion in payroll; pays out salaries that are 40 percent more than the national average ($58,000 vs. $42,000); and invests nearly $10 billion in research and development (R&D) annually. The industry is fueled by innovative companies, the majority of which are small businesses with 80 percent of companies having fewer than 50 employees and 98 percent with fewer than 500 employees. . . .

The tax will stifle innovation and cost thousands of high-paying jobs. It will increase the effective tax rate for many medical technology companies, thereby reducing financial resources that should be used for R&D, clinical trials and investments in manufacturing. The impact will be especially hard on smaller companies whose innovations are not immediately profitable. . . .

We must do all we can to encourage and promote research, development, investment and innovation. Instead, increased taxes, such as this one on the medical device industry, coupled with the increased regulatory uncertainty the industry also faces, will lead to further job losses, hinder the development of breakthrough treatments and delay patient access to medical technology.

We respectfully request timely action on legislation to repeal this over $30 billion excise tax.

Kudos to the businessmen and medical personnel standing up against this immoral and impractical tax. All life-loving Americans should follow suit and demand the repeal of the medical-device tax—and ultimately Obamacare.