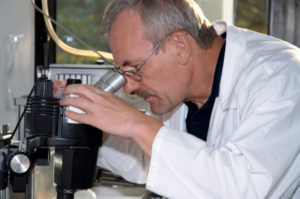 Republicans and Democrats in the House and Senate are putting forward bills to repeal the medical-device tax in ObamaCare. As The Hill reports:

A bipartisan group of 180 House members—consisting of about 40 percent of the House—has reintroduced a bill to end the 2.3 percent tax on medical devices that was imposed under President Obama’s healthcare law. . . .

The effort to repeal the tax has bipartisan support in both chambers—in addition to the bipartisan House bill, H.R. 523, Sens. Orrin Hatch (R-Utah) and Amy Klobuchar (D-Minn.) will introduce a companion in the Senate.

The importance of repealing the medical-device tax cannot be overstated; it is literally a matter of life and death—for businesses and for individuals. As Dr. Paul Hsieh, co-founder of Freedom and Individual Rights in Medicine, explains, the medical-device tax is “basically a tax on future life-saving innovation.”

(Read Dr. Hsieh’s whole statement at Liberty Against Cancer. For more on the ways in which the medical-device tax is throttling businesses and innovation, see here and here.)

Ultimately, the entirety of ObamaCare should be repealed, but that is not likely to happen anytime soon. What Congress can and might do now, however, is repeal the medical-device tax and thus save many thousands of lives that will otherwise come to an unnecessarily early end. All life-loving Americans should demand that Congress repeal this patently immoral and impractical tax.

Medical Tourism: A Free Market Alternative to ObamaCare
From the Editor, Spring 2013
Return to Top