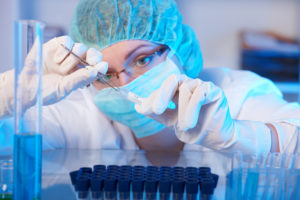 As I mentioned in a recent post, medical researchers are revolutionizing healthcare through personalized medicine based on knowledge of the individual’s genetic makeup. In one instance of this advancement, according to the Associated Press, “doctors are reporting unprecedented success by using gene therapy to transform patients’ blood cells into soldiers that seek and destroy cancer.” The therapies are scoring “stunning results” against “many types of blood and bone marrow cancers.” (As the Mayo Clinic explains, “Gene therapy . . . involves altering the genes inside your body’s cells to stop disease.”)

In a study conducted at the University of Pennsylvania,

all five adults and 19 of 22 children with acute lymphocytic leukemia, or ALL, had a complete remission, meaning no cancer could be found after treatment, although a few have relapsed since then.

These were gravely ill patients out of options. Some had tried multiple bone marrow transplants and up to 10 types of chemotherapy or other treatments.

Cancer was so advanced in 8-year-old Emily Whitehead of Philipsburg, Pa., that doctors said her major organs would fail within days. She was the first child given the gene therapy and shows no sign of cancer today, nearly two years later.

This study (one of six that combined involved over 120 patients) and the science behind it show the awesome power of the reasoning mind to save and improve people’s lives. These men and women of the mind are literally altering individuals’ natural biological makeup. They are “playing God” and making people better—by making better people. Praise be to them.