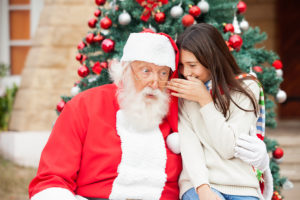 Although I often disagree with former Colorado governor Richard Lamm, his point about the difference between Santa and government is brilliant:

With a national debt of $17 trillion and counting, American adults are racking up quite a tab for their unsuspecting kids.

Children imagine a magical man living in the North Pole who employs an army of elves to make them presents. Unfortunately, many American adults suppose a magical uncle living in DC who pays the bills for all that America spends. But government isn’t magic; it is force. Every dollar it hands to one person, it takes by force from another person (whether directly via taxation or indirectly via inflation). As the kids will soon discover, American adults have been naughty, not nice.

Biotech Revolution Could Save Your Life, but Needs Freedom to Do So
Happy Holidays
Return to Top