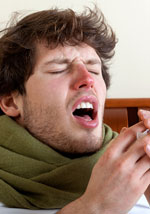 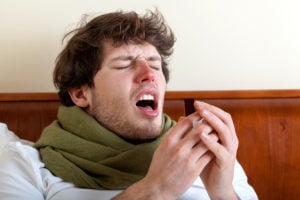 As if private businesses didn’t have enough government regulations to overcome, various politicians and activists are calling for new laws mandating paid sick time for employees. As Hugh R. Morley reports for NorthJersey.com:

New Jersey has joined the growing number of cities and states nationwide where worker advocates have sought, with some success, to require employers to provide workers with paid sick days.

Politicians in Jersey City and Newark, for example, recently passed such laws. A proposed New Jersey law would require all private employers statewide to provide every employee one hour of paid sick leave for every 30 hours worked.

Business owners who oppose such laws point out that they drive up the cost of hiring, thus retarding business expansion and throttling job creation. Although employers often find it in their interests to offer paid sick leave—as Morley notes, 62 percent of New Jersey’s private sector workers already receive the benefit—in many circumstances that is not the case.

More fundamentally, legally mandated sick pay violates the moral rights of employers and employees to mutually agree to terms of employment. Government’s only proper role in this area is to protect the rights of employers and job seekers to contract voluntarily so that they can live their lives in accordance with their own judgment. Legal mandates that violate such rights are immoral, and, as a consequence, economically harmful.