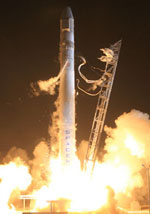 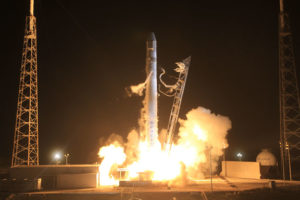 SpaceX has successfully tested a soft landing of its Falcon9 rocket booster. As SpaceX founder and chief designer Elon Musk said, “No-one has ever soft-landed a liquid-rocket boost-stage before.”

Once the company fine-tunes its ground landings (it tested its booster over the ocean), it potentially will reap enormous cost savings. As Wired reports:

Soft landing a rocket is something that Musk and SpaceX have been working towards since the company’s inception. After burning through their fuel, today’s rocket stages simply crash into the ocean and are lost. Each new launch requires building a brand new rocket. By recovering the spent stages, SpaceX predicts it could reduce the cost of their launches, currently around $60 million per flight, by as much as 70 percent.

Not only does such technology promise to vastly increase the launching of technologies and supplies into orbit, it promises to play a pivotal role in eventually transporting people to other planets, starting with Mars.

The Pope and the Root of Social Evil
David Cameron Wants to Encourage Natural Gas Production; U.S. Shows the Way
Return to Top