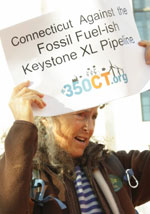 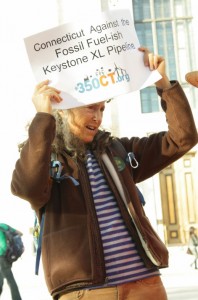 Why is TransCanada “exploring how to modify existing contracts with Keystone XL customers to allow for rail shipments” of oil (as Bloomberg reports)? The answer is that the U.S. government—spurred by environmentalist groups—has prohibited completion of the pipeline.

“Delivering crude by rail would cost about double the $7 to $8 a barrel shipping cost on Keystone,” Bloomberg reports. “This is a market inefficiency created by regulatory impediments,” explains TransCanada CEO Russ Girling.

TransCanada has sought to build the pipeline to link one of the largest proven oil reserves in the world (in Canada) with the technologically sophisticated oil refineries along the Gulf Coast. A pipeline is ideal for transporting oil in this context because it minimizes use of time, energy, and material resources in accomplishing the job.

TransCanada has spent more than five years navigating the permit process, spent untold millions of dollars on legislative and public-relations efforts, and conducted or facilitated numerous studies to satisfy whims of bureaucrats—all in an effort to comply with government demands so that the company could efficiently and inexpensively deliver the lifeblood of civilization. Now, on top of all that wasted expense, TransCanada, forbidden by environmentalist-laced government to complete the pipeline, will have to ship oil by rail at twice the price the pipeline would have enabled.