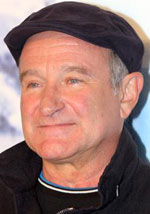 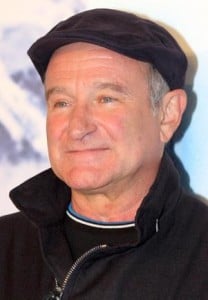 After the shocking news of Robin Williams’s apparent suicide hit the media, people throughout America and the world mourned his passing and celebrated his life and work.

But not everyone did so. Consistent Muslims took the opportunity to spew Islamic venom at Williams and wish him eternal torture in flames. (See the remarks archived by Jihad Watch and Top Right News.) Such Muslims said (among other things) that Williams “defames our religion,” that he waged “war against Allah, His Prophet and Islam,” that he was “a kafir [infidel] & gave his support to US troops in Afghanistan,” and that they hope he “burns in the hottest lake of fire.” The point about Williams supporting U.S. troops refers to Williams’s frequent trips to the Middle East, where he entertained nearly 90,000 American soldiers.

What—besides entertain soldiers—did Williams do that, in these Muslims’ opinion, merits such scorn? He performed a short comedic routine in which he made fun of Islamic jihad (see the video below). The routine includes the following remarks:

Recently, there was an article in the New York Times that [a] Qoran scholar said, the actual translation is not seventy-one dark haired virgins [in paradise], but seventy-one crystal-clear raisins.

Williams went on to comment on how disappointed jihadists would be to discover that their reward is something other than what they’d thought. (Remarkably, Williams’s story is based on fact: In 2004, Nocholas Kristof penned an article for the Times noting that the Qoranic term “hur” is probably better interpreted “white raisins” rather than “virgins.” I’m not sure whether Williams picked up the point from that article or elsewhere.)

Comedians in the (relatively) free world regularly take aim at religion, and Christians and Jews generally accept this fact peacefully even if not always gracefully. But consistent Muslims are self-blinded by their hate-filled, anti-liberty, anti-reason, anti-life ideology. To them, a joke about Islam is cause to murder the comedian, or, when he dies of other causes, to celebrate his death and pray to “Allah” to torture him forever.

To my knowledge, the last mainstream comedians to joke about Islam were Trey Parker and Matt Stone, who depicted Mohammed dressed as a bear in a South Park episode. For this, Muslims threatened to kill them, and, in response, Comedy Central, which airs South Park, edited out the “offensive” material. Contrast Parker and Stone’s very mild reference to Mohammed with their full-on mockery of Mormonism in Book of Mormon, and observe the difference in reaction. How many Mormons called for the death of Parker and Stone? How many will celebrate their eventual deaths and pray for “God” to torture them for eternity?

While committed Muslims spew their faith-based venom, civilized people mourn the tragic loss of one of the great comedic geniuses and dramatic actors of all time. Rest in peace, o Captain.

“Gifts from Heaven”: A Vital Historic Lesson for America
Letters to the Editor, Fall 2014
Return to Top