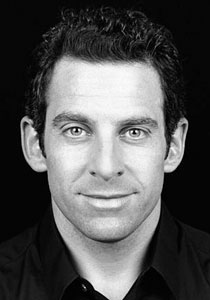 Thankfully, Sam Harris, although a leftist in some respects, does not buy into the leftist nonsense on this count. In his reply to Barack Obama’s speech on Islamic State, Harris seeks “a simple acknowledgment that beliefs guide behavior and that certain religious ideas—jihad, martyrdom, blasphemy, apostasy—reliably lead to oppression and murder.” He continues:

In drawing a connection between the doctrine of Islam and jihadist violence, I am talking about ideas and their consequences, not about 1.5 billion nominal Muslims, many of whom do not take their religion very seriously.

But a belief in martyrdom, a hatred of infidels, and a commitment to violent jihad are not fringe phenomena in the Muslim world. These preoccupations are supported by the Koran and numerous hadith. That is why the popular Saudi cleric Mohammad Al-Areefi sounds like the ISIS army chaplain. . . .

A hatred of infidels is arguably the central message of the Koran. The reality of martyrdom and the sanctity of armed jihad are about as controversial under Islam as the resurrection of Jesus is under Christianity.

Harris goes on to criticize those on the left who make excuses for the jihadists and pretend that their motives are something other than what they explicitly and consistently say they are.

Although Harris’s views are often deeply wrong, his comments on this matter are spot on.

Obama on Islamic State: Pretend Islam Is Not Islam
Atlas Shrugged III: Who Is John Galt?—The Bad and the Good of It
Return to Top