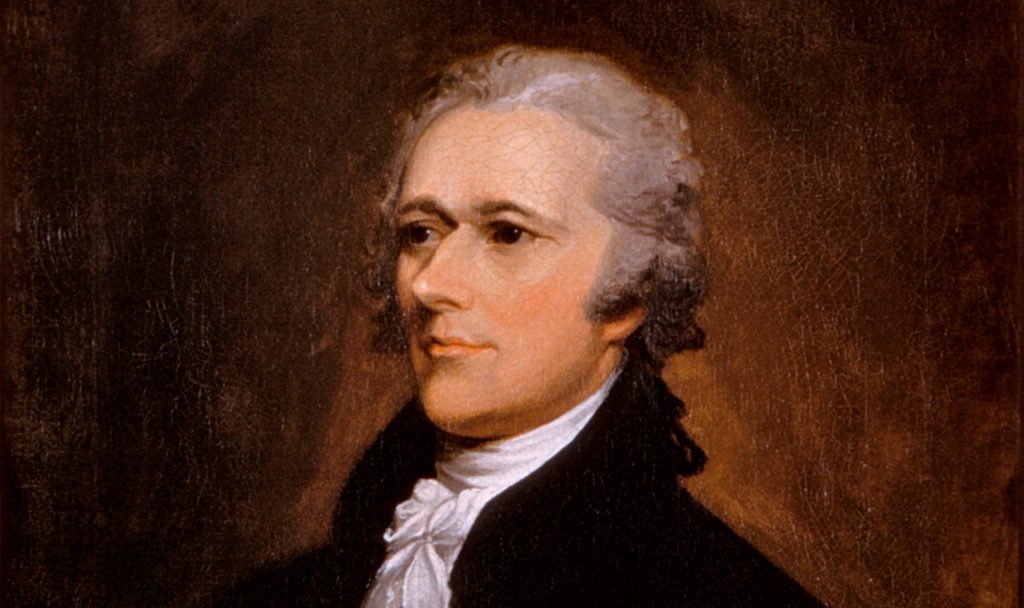 Kalin reports what happened next: “Chernow responded for several minutes, mentioning several differences between Hamilton and Jefferson, so I think he’ll enjoy the essay. When he finished his answer, I approached the stage and handed him his copy of TOS.”

A big thank-you to Mr. Kalin for this wonderful gesture (and for permitting me to write about it).

As to Chernow’s lecture itself, Kalin writes:

Chernow’s talk was terrific. He’s a great fan of Hamilton and Lin-Manuel Miranda. “Nobody was more surprised than me to see Alexander Hamilton on Broadway.” In the middle of his talk, Chernow recited the entire opening number (“Alexander Hamilton”), much of it, it seemed, from memory. He got an enthusiastic and long round of applause.

America at her best indeed. It’s made of moments like these.

Here’s a clip of Chernow performing a couple of stanzas from that opening number:

Craig Biddle is editor of The Objective Standard and author of Loving Life: The Morality of Self-Interest and the Facts that Support It; Understanding Rational Egoism; and the forthcoming Forbidden Fruit for Teens: Moral Truths Your Parents, Preachers, and Teachers Don’t Want You to Know. His book in progress is “Thinking in Principles.” Biddle also serves on the board of directors of the Prometheus Foundation.
View all posts by Craig Biddle →
The Muddy Waters of the Nolan Chart
Why the Prager-Shermer Debate Will Go Essentially Nowhere
Return to Top