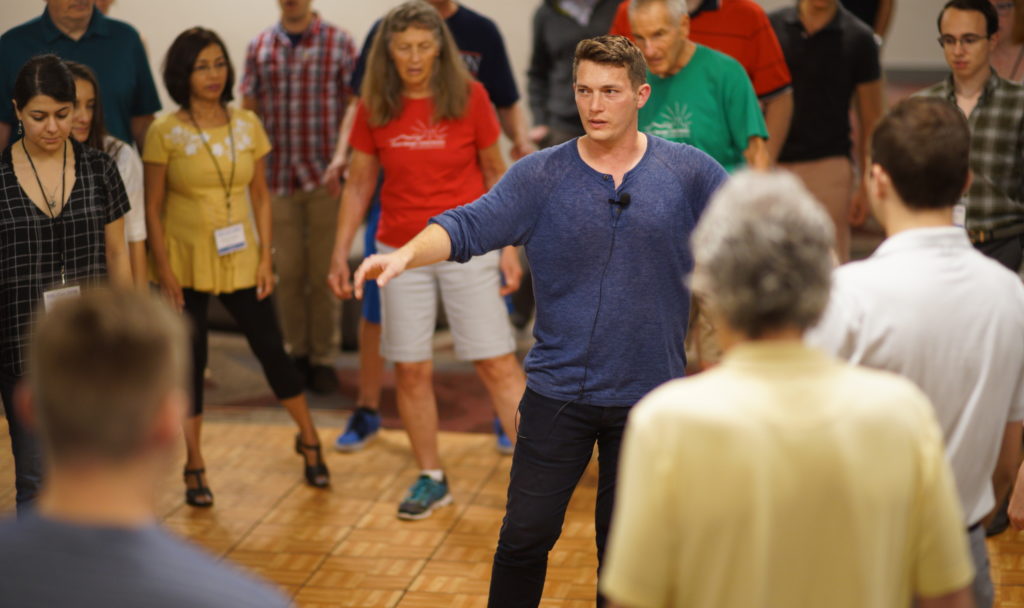 A few definitions to start:

Integral: necessary to the completion of a whole.

Integrate: to combine one thing with another so that they become a whole.

Integrity: the state of being a whole; undivided; the condition of being unified in mind and body; the quality of having and upholding moral principles; loyalty in action to the judgment of one’s mind.

These ideas are integral to the purpose of TOS-Con. And they’re essential to my selection of speakers for the conference.

For instance, I invited Jon Hersey to speak because, since he began working at The Objective Standard, he has written some of the best journalistic portraits I’ve ever read. Jon is mastering the art of essentializing the ideas and actions of great men and women—teasing out the elements of their lives that substantially integrated into an important whole and thus made them exceptional people—and identifying notable deviations from this theme. Jon’s TOS articles on Thomas Jefferson, Benjamin Franklin, and Rosa Parks are cases in point. And his TOS-Con talk, “John Locke: The Father of Liberalism,” will be another.

This ability to essentialize the thoughts and actions of heroic individuals is a superpower of sorts. To the extent that you can do it, you can apply the same ability to the process of identifying and integrating the essential characteristics of the person you want to be. So, the value in hearing a presentation of this kind lies not only in the essentialized knowledge of the hero in question, but also in your expanded knowledge of how to integrate the ideas, values, and actions necessary to make your life an integrated, unified, heroic whole.

Although John Locke is best known for his theory of rights—which influenced the American founders and laid the groundwork for the freest, most moral country on earth—there is much more to this man than his theory of rights. Jon Hersey will tell the rest of the story. Don’t miss his presentation of the practical value of Locke’s example.

Turning now to David Crawford, whom I invited to teach a Lindy hop lesson at TOS-Con.

David is not only a fabulous dancer and a wonderful teacher; he is also a highly successful engineer who understands the importance of mind-body integration and the ways in which we must unify our material and spiritual values in order to live a flourishing life.

David exudes this integration in his own life. And when he teaches dance, he doesn’t merely teach dance. He also communicates the ways in which learning to dance and making dance a part of your life can help you to thrive in myriad ways—from increasing your coordination and confidence, to increasing your energy and vitality, to expanding your understanding and enjoyment of music, to connecting with a community of friendly, life-loving people.

Finally, I invited Tal Tsfany to speak because he has applied the principles of Objectivism and rational philosophy in general to his career in the tech world—and he’s now applying his knowledge of the tech world to his work at the Ayn Rand Institute, where he is charged with advancing Rand’s works and her philosophy.

A cornerstone of Tal’s approach is his strategy of simultaneously leveraging technology to advance Objectivism and introducing Objectivism to movers, shakers, and makers in the tech world. Tal’s talk, “When Technology Meets Philosophy,” will highlight the practical nature of philosophy, the moral value of technology, and the immense life-enhancing integration of the two. Come to this meeting of mind and matter, theory and practice, ideas and applications. You’ll leave with a better understanding of how to unify them in your life—and thrive all the more.

In addition to the mainstage speakers I’ve highlighted in this four-part series, several other speakers will present ideas during TOS-Con’s new breakout sessions. So far, these include Linda Cordair, speaking on “Finding Joy and Inspiration in Visual Art”; Jon Hersey, on “How to Launch an Intellectual Career or Side Gig”; and Sarah Biddle and yours truly, on “Parenting with the Principle of Volition.” I’ll post soon about these and additional breakout sessions as this feature develops.

In the meantime, be sure to register for this soul-fueling conference.

I look forward to engaging with you at the most life-enhancing conference of the year!

Craig Biddle is editor of The Objective Standard and author of Loving Life: The Morality of Self-Interest and the Facts that Support It; Understanding Rational Egoism; and the forthcoming Forbidden Fruit for Teens: Moral Truths Your Parents, Preachers, and Teachers Don’t Want You to Know. His book in progress is “Thinking in Principles.” Biddle also serves on the board of directors of the Prometheus Foundation.
View all posts by Craig Biddle →
TOS-Con Speaker Spotlight: Tim Chermak on the Optimism of Advertising
Prince Henry Launched the Age of Discovery
Return to Top