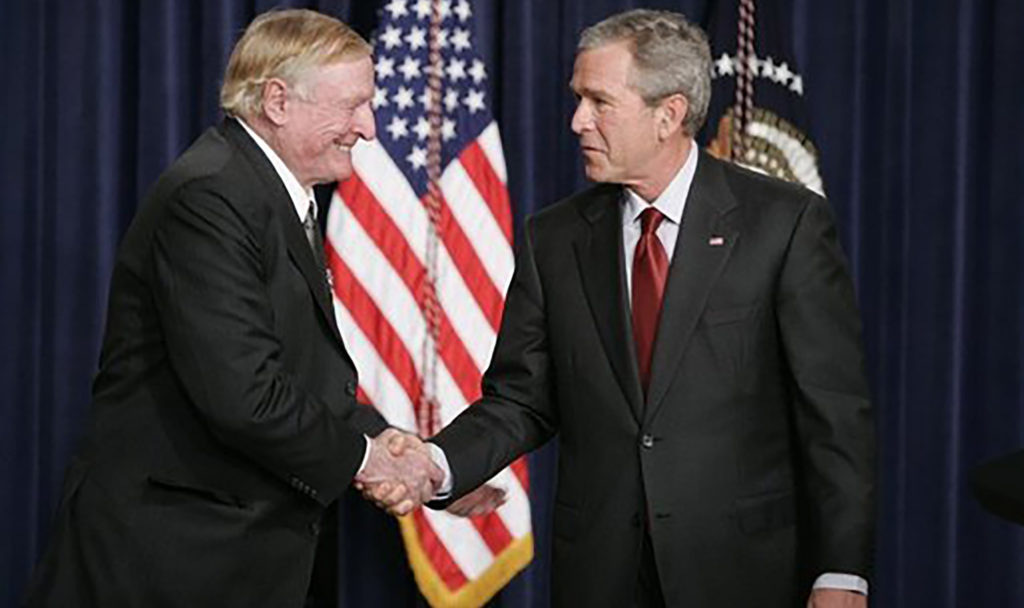 In 1994, American voters elected Republican majorities in both the House of Representatives and the Senate for the first time in forty years. This ascent to power gave Newt Gingrich and his colleagues the opportunity to launch their “Republican Revolution” with its signature “Contract with America” platform. The election was said to mark the end of an era—the era of big government liberalism that had dominated American political life since the New Deal. After struggling for almost half a century to gain political power, the conservative movement finally seemed to have reached the political promised land.

In theory, the “Republican Revolution” proposed to “relimit” the powers of the federal government and to restore some of the basic principles and institutions of free-market economy. The preamble to the “Contract with America” pledged to the American people that the GOP would put an end to “government that is too big, too intrusive, and too easy with the public’s money.”1 The political goals of the Gingrich “revolutionaries” were not revolutionary in any meaningful sense, but they did promise to begin some necessary reforms. As a rule, the Gingrich Congress preferred less to more government controls.

In practice, the Republicans began to whittle away at the welfare state. Their first post-election budget proposed to eliminate three cabinet agencies (the Departments of Commerce, Education, and Energy) and more than 200 federal programs. Within a year, the Republican-controlled House of Representatives had reduced federal spending by almost $14 billion.2 Such early successes led even Bill Clinton to declare in his 1996 State of the Union address that the “era of big government is over.”3 A Republican Congress passed and Clinton signed far-reaching welfare reform legislation that promised to end “welfare as we know it.”4

By the end of the 1990s, America’s political fault line appeared to have moved considerably to the Right for the first time since the early 20th century. The advocates of limited government faced an historic opportunity to begin the process of dismantling the welfare state and deregulating the economy.

So how goes the Republican Revolution twelve years later? What is the state of the American political Right in 2006?

Judging by electoral results and political appearances, the Right is flourishing. For the first time since before the New Deal, the Republican Party controls all three branches of the federal government. There is a Republican in the White House surrounded by conservatives; Republicans control the House of Representatives and the Senate; and seven out of nine justices on the Supreme Court are appointees of Republican presidents. Republican grand strategist Karl Rove and several conservative pundits say that prospects look good for the GOP to become America’s “permanent majority.”

For over forty years, ever since the Goldwater election debacle in 1964, conservatives have methodically pursued ideological control over the GOP. Now that they do control the Republican Party and all three branches of the federal government, what exactly have conservatives bequeathed to America? . . .

C. Bradley Thompson is the BB&T research professor at Clemson University and the executive director of the Clemson Institute for the Study of Capitalism. He has also been a visiting fellow at Princeton and Harvard universities and at the University of London. Professor Thompson is the author of the prize-winning book John Adams and the Spirit of Liberty. He has also edited The Revolutionary Writings of John Adams, Antislavery Political Writings, 1833–1860: A Reader and was an associate editor of the four-volume Encyclopedia of the Enlightenment. His current book project is on “The Ideological Origins of American Constitutionalism.”
View all posts by C. Bradley Thompson →
Letters and Replies, Fall 2006
The Jihad on America