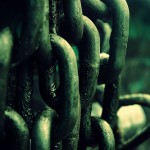 In a recent article in Investor’s Business Daily, Thomas Sowell explains why Obama’s economic policies are bad for the economy:

The current issue of Bloomberg Businessweek has a feature article about businesses that are just holding on to huge sums of money. They say, for example, that the pharmaceutical company Pfizer is holding on to $26 billion. If so, there should not be any great mystery as to why they don’t invest it.

With the Obama administration being on an anti-business kick, boasting of putting their foot on some business’ neck, and the president talking about putting his foot on another part of the anatomy, with Congress coming up with more and more red tape, more mandates and more heavy-handed interventions in businesses, would you risk $26 billion that you might not even be able to get back, much less make any money on the deal?

Of course you wouldn’t. No rational person would. And this phenomenon of businesses hording cash is rampant today for this very reason. Just as Pfizer does not want to risk its cash on investments, so other businesses don’t want to risk theirs on new employees or equipment or innovations or branches. As Sowell points out so clearly, Obama’s economic policies are thwarting the economy.

But Sowell misses the more important point: the moral factor. The fundamental offense for which Obama’s economic policies should be condemned is their violation of businessmen’s moral right to keep and use their wealth and property as they see fit. The crucial point to be made is that for a government to put its boot on a businessman’s neck or to “kick [his] ass” is profoundly immoral. Unfortunately, the worst Sowell and most other “defenders” of capitalism can say about our increasingly enslaved society is that such policies are bad for business.

It is time for Americans to realize that if we want to save this country from the likes of Obama (and Bush for that matter), we must argue not merely for the economic superiority of capitalism, but also, and more fundamentally, for the moral propriety of capitalism.