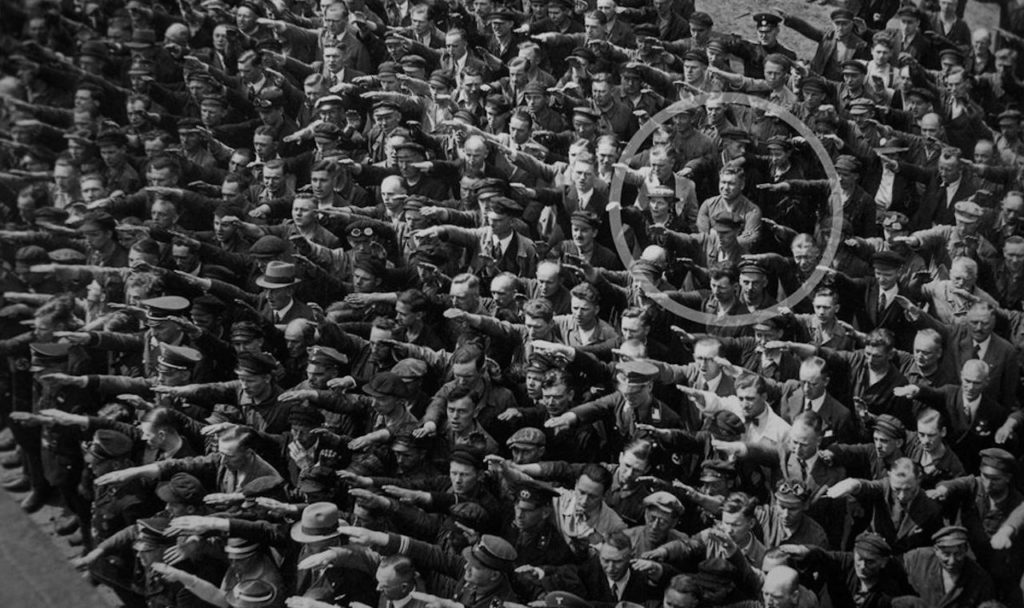 Author’s note: The following is a section on the virtue of independence from chapter 6 of my book Loving Life: The Morality of Self-Interest and the Facts that Support It (Richmond: Glen Allen Press, 2002). The book is an introduction to Ayn Rand’s morality of rational egoism.

To begin, consider a person who grows up in a devoutly religious family, but then, as an adult, rejects religion on the grounds that there is neither evidence for God nor rational justification for human sacrifice. Compare him to a person from the same family who never questions the religious dogma, and thus continues to “just believe” and act selflessly for the rest of his life on the grounds that: “That’s just how I was raised” or “What would people think of a selfish atheist?” The first person is relying on his own mind and his own judgment; the second is expecting others to think and judge for him. The first person is putting his own mind in first place; the second is putting the views of others in first place. The first person is an independent thinker; the second is a conformist and what Ayn Rand called a second-hander, because he places the views of others above and before his own perception of reality and the judgment of his own mind.

Now, a third person might reject the existence of God and the morality of sacrifice on the grounds that they are “traditional” notions accepted by other people and because he wants to be “different” or avant-garde. But, then, he too is a second-hander: Like the conformist, he is putting the views of others in first place; however, in his case, rather than accepting ideas because others do, he rejects ideas on that basis.

The conformist and the “non-conformist” are not fundamentally different, but fundamentally similar. Both look to others rather than at reality in order to determine what their beliefs and values should be. Neither is an independent thinker; each is a second-hander; each maintains a primary orientation toward other people, not toward reality.

An independent thinker’s primary orientation is toward reality, not toward other people.2 He is guided by the use of his own mind, not by the views of others. He puts his own observations and judgments in first place; he faces reality directly and deals with it first-hand. 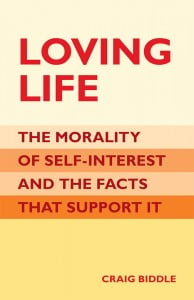 If he can integrate an idea, without contradiction, into the network of his observation-based knowledge, an independent thinker accepts it; if he cannot, he does not. If he is aware of some evidence in support of a relevant idea, and of no contradictions to disqualify it, he considers the idea further but suspends his judgment until he gains sufficient evidence to draw a rational conclusion. If he later discovers that the idea entails a contradiction, he then rejects it as false. And if an idea is put forth arbitrarily, that is, with no supporting evidence whatsoever—such as: “Maybe there is a God” or “Perhaps some people are psychic” or “There might be flying monkeys on Mars”—he simply dismisses it as unworthy of his consideration, noting that to assert “maybe” is not to present evidence.

In sum, an independent thinker considers ideas only insofar as they are relevant to his life, are supported by some degree of evidence, and do not contradict anything he rationally knows to be true. His own logical assessment of the facts is his guide in all matters.

This is not to say that an independent thinker slights the value of experts. On the contrary, he consults them when and as needed—but always on the basis of their merit, intelligence, knowledge, ability, and character as judged by his own mind.

For instance, if he wants to buy a computer, he might call on an expert in the field, but not for the purpose of relinquishing his judgment on the matter. If the expert recommends a certain computer on the basis of sound reasoning, including demonstrable features and evident qualities, the independent thinker takes this advice into account. But if the alleged expert recommends a computer solely on the grounds that “Everyone who knows anything about computers is buying this one. I’m telling you—I’m an authority on computers—you don’t need to look any further. This is what you want…,” the independent thinker does not reach for his wallet.

Similarly, if he becomes ill, he might visit a doctor, but not for the purpose of blindly accepting the doctor’s diagnosis or recommended treatment. Rather, he visits the doctor in order to gain knowledge so that he can make an educated decision. If the doctor’s diagnosis makes sense and the suggested treatment is reasonable, the independent thinker will take them into consideration. But if the so-called doctor says, “Dude, because of a conflict in a previous life your karma is out of whack, and to realign it we’ll have to perform a séance…,” the independent thinker does not start lighting candles.

Likewise, if he hears a scientist explaining a new way in which nature can be used to lengthen or enhance human life, an independent thinker might become fascinated and begin asking questions about the discovery. But if he hears an alleged scientist preaching about the “intrinsic value” of nature, or the moral imperative of “protecting” the environment, or the looming dangers of “depleting” natural resources, an independent thinker asks himself the correspondingly appropriate questions: How can nature have “value” apart from a valuer and a purpose? Morally speaking, how can anything matter apart from its usefulness in sustaining and furthering human life? What does “protect” the environment mean? Protect it from what? From man? If nature is to be protected from man, how is man supposed to live? And how can natural resources be “depleted” when the world is nothing but natural resources? After all what is the earth but a gigantic ball of them? And what are the other planets but a whole lot more of the same? Given a) the size of the earth, b) the immensity of the universe, and c) the fact that matter is indestructible (it can change forms but cannot go out of existence), how can we ever “run out” of resources—so long as we are free to reshape nature according to our needs? How can we ever have too little of anything—except the freedom to act on our judgment, as human life requires?

An independent thinker wants reasons—not appeals to “authority” or “other dimensions” or “intrinsic value.” He never passively, blindly, or uncritically accepts the claims of other people. He may learn from them—if they are rational and have something to teach him. He may take their suggestions into account—if they are relevant and make sense. And he may listen to their arguments—so long as they present evidence for their claims, proceed logically, and hold human life as the standard of moral value. But he always makes the final judgment on the basis of the available evidence and by means of his own use of logic. In other words, he recognizes and accepts the fact that his own reasoning mind is his only means of gaining knowledge, judging values, or assessing claims.

There are essentially two kinds of people in the world: independent thinkers and second-handers. The first faces reality and thinks for himself; the second faces other people and expects them to think for him.

An independent thinker does not place anyone or anything above or before the judgment of his own mind, because he does not regard anything as more important than the facts of reality. Since he wants to live as a human being, to pursue his values, and to enjoy his life, he deals with reality directly, by means of his own observations and logic. When faced with a question, he looks at the facts and uses his own rational judgment to discover the truth of the matter. Since he chooses to think for himself and to form his own judgments, he is a purveyor of spiritual values—values such as rational ideas, self-esteem, friendship, and love. And since he chooses to support himself, to live by the work of his own mind, he is a producer of material values—values such as software, sculpture, skyscrapers, and medicine. In short, an independent thinker respects his psychological needs as well as his physical needs, and he does so regardless of the approval or disapproval of others. In a word, he is thoroughly selfish.

If others say that there are no absolutes, or that God exists, or that self-sacrifice is the moral ideal, or that nature must be protected, or that some smear on a canvas is a profound work of art—the second-hander does one of two things: If he is a conformist, he thoughtlessly nods his head in agreement; if he is a “non-conformist,” he thoughtlessly shakes it in disagreement. Either way, he has relinquished his mind. He is not an active thinker, but a passive reactor. He is not a person on a mission, but a puppet on a string—a string held by any person or group from whom he seeks to gain or avoid approval.

In sum, being independent consists in being fact-oriented regardless of what other people think, say, or do. Put negatively, it consists in not being people-oriented in disregard of the available and relevant facts.

[To read or purchase the chapter from which this excerpt is drawn, click here. To purchase Loving Life, click here.]

3. See Ayn Rand, “The Argument from Intimidation,” in The Virtue of Selfishness, p. 165 (social metaphysician is another, more technical term Ayn Rand used for second-hander).

Craig Biddle’s Appearance on Frank Beckmann Show to be Rescheduled
From the Editor, Winter 2010
Return to Top