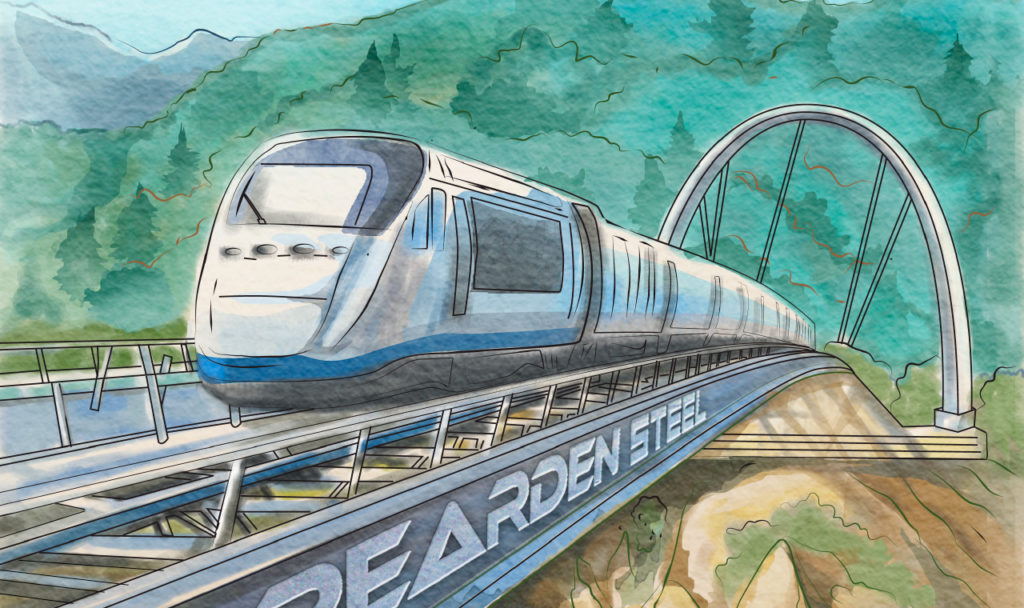 Author’s note: This essay assumes that the reader has read Atlas Shrugged; it contains many spoilers.

Economics is widely regarded today as dry, lifeless, boring. But given what economics properly studies, this should not be the case. Economics studies the production and exchange of material values in a division of labor society. We live in a material world; we produce material values in order to live and prosper; and we exchange these values for those produced by others in order to live even better lives. In other words, economics studies one of the major means by which people live and achieve happiness. Why, then, do so many people regard this science as boring? And what could remedy the situation?

The answers may be gleaned by comparing two books, each of which has sold millions of copies over the past five decades: Ayn Rand’s Atlas Shrugged (1957) and Paul Samuelson’s Economics (1948). The first is a story about the role of reason in man’s life and about what happens to an economy when the men of the mind go on strike. The second is the quintessential economics text of the 20th and 21st centuries, and is generally assigned reading for beginning students in the field.1 Although Atlas is a work of fiction, and although Rand was not an economist, her novel is replete with economic truths. Conversely, although Economics is a work of nonfiction, and although Samuelson was a Nobel-winning economist, his book is full of economic falsehoods. And whereas the truths in Atlas are dramatized with passion and excitement, the falsehoods in Economics are conveyed by way of lifeless 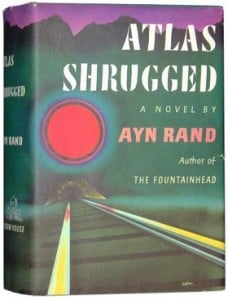 Lest one assume that the reason Atlas is more exciting than Economics is merely a matter of the different mediums, one being fiction and the other nonfiction, observe that Rand’s nonfiction—and much other nonfiction—is hands-down more exciting than many works of fiction (ever read The Catcher in the Rye?). Nor is people’s boredom with economics due to Samuelson’s book per se. But his text and those influenced by it, which represent the modern approach to the subject, have largely contributed to the way economics is taught and viewed today.

To see the difference between the modern approach to economics and that dramatized in Atlas, let us consider the essence of each with respect to six key areas: the source of wealth, the role of the businessman, the nature of profit, the essence of competition, the result of production, and the purpose of money.

The Source of Wealth

Samuelson and company contend that wealth results essentially from labor applied to raw materials (or “natural resources”)—and by “labor” they mean physical or manual labor, not mental labor. The general idea is that the economic value of a good or service reflects the physical labor that went into making it. This is known as the “labor theory of value,” and it was originally advanced by classical economists including Adam Smith, David Ricardo, and Karl Marx.3 This theory is widely accepted today, especially by the Left. In the late 19th century, however, some free-market economists, trying to counter the growing Marxist charge that labor was being robbed by greedy capitalists, amended the theory to say that “consumer desires” also determine value, jointly with labor. This approach—dubbed “neoclassical economics”—is now largely accepted and is the prevalent view in today’s textbooks.

Ayn Rand, in contrast, holds that the mind—human thinking and the resulting intelligence—is the primary source of wealth. The mind, she says, directs not only physical labor but also the organization of production; “natural resources” are merely potential wealth, not actual wealth; and consumer desires are not causes of wealth but results of it.

Each great producer in Atlas—Hank Rearden, Dagny Taggart, Francisco D’Anconia, Ellis Wyatt, Ken Danagger, Midas Mulligan, or John Galt—is dedicated first and foremost to using his mind. Each thinks, plans long-range, and produces goods or services thereby. Atlas dramatizes this principle in many ways, but perhaps most vividly through the work of Rearden. In one scene he is in his steel mill looking on as the first heat of the first order of his revolutionary new metal is poured. He reflects back on the ten long years of thought and effort it took him to get to this point. He had purchased a bankrupt mill even as experts dismissed the venture and industry as hopeless. Rearden has breathed life back into both. Rand writes that “his was a lifetime lived on the axiom that the constant, clearest most ruthless function of his rational faculty was his foremost duty” (p. 122). Here is an indication of the production process in his mill: “Two hundred tons of metal which was to be harder than steel, running liquid at a temperature of four thousand degrees, had the power to annihilate every wall of the structure and every one of the men who worked by the stream. But every inch of its course, every pound of its pressure and the content of every molecule within it, were controlled and made by a conscious intention that had worked upon it for ten years” (p. 34). Rand shows that Rearden’s mind is the source of this wealth, and that labor and materials had stood idle until his mind showed up for work.

Others in Atlas voice the textbook view of the entrepreneur. Rearden’s wife dismisses his achievements: “Intellectual pursuits are not learned in the marketplace,” she scowls; “it’s easier to pour a ton of steel than it is to make friends” (p. 138). A hobo in a diner accosts Dagny Taggart with a similar attitude: “Man is just a low-grade animal, without intellect,” he growls; “[his] only talent is an ignoble cunning for satisfying the needs of his body. No intelligence is required for that. . . . [W]itness our great industries—the only accomplishments of our alleged civilization—built by vulgar materialists with the aims, the interests and the moral sense of hogs” (p. 168). Perhaps an economist might recognize the nature of Rearden’s achievement? As the metal is poured a train passes by the mills, and inside, a professor of economics asks a companion, “Of what importance is an individual in the titanic collective achievements of our industrial age?” (p. 33). The “importance” is happening just outside his window, but he doesn’t see it, conceptually speaking. Nor do others. “The passengers paid no attention; one more heat of steel being poured was not an event they had been taught to notice” (p. 33). Professors such as this one had taught them not to notice.

Such scenes illustrate how intelligence creates wealth, how business success entails a long-range process of thought and planning carried out by a focused individual—and how little this is understood.

Yet Dagny understands—as is evident in the scene where she takes her first run on the John Galt Line, traveling on a track and over a bridge made of that as-yet untried Rearden Metal, at unprecedented speeds. Riding in the front cab with Rearden and Pat Logan, the engineer, Dagny thinks: “Who made it possible for four dials and three levers in front of Pat Logan to hold the incredible power of the sixteen motors behind them and deliver it to the effortless control of one man’s hand?” (p. 226). “To take the pounding violence of sixteen motors, she thought, the thrust of seven thousand tons of steel and freight, to withstand it, grip it and swing it around a curve, was the impossible feat performed by two strips of metal no wider than her arm. What made it possible? What power had given to an unseen arrangement of molecules the power on which their lives depended and the lives of all the men who waited for the eighty boxcars? She saw a man’s face and hands in the glow of a laboratory oven, over the white liquid of a sample of metal” (p. 230). The man of course, is Rearden. His reasoning mind, not his manual labor, was the fundamental factor shaping and controlling nature to suit human needs. . . .

Richard M. Salsman is president of InterMarket Forecasting, Inc., a visiting assistant professor of political economy at Duke University, and a senior fellow at the American Institute for Economic Research. Previously he was an economist at Wainwright Economics, Inc. and a banker at the Bank of New York and Citibank. Dr. Salsman has authored the books Breaking the Banks: Central Banking Problems and Free Banking Solutions (1990), Gold and Liberty (1995), and The Political Economy of Public Debt: Three Centuries of Theory and Evidence (2017). He is also author of six chapters and scores of articles. His work has appeared in the Georgetown Journal of Law and Public Policy, Reason Papers, the Wall Street Journal, the New York Times, Forbes, the Economist, the Financial Post, the Intellectual Activist, and The Objective Standard. From 2010 to 2013 he authored seventy-eight op-eds as a regular essayist at Forbes.com. Dr. Salsman earned a B.A. in economics from Bowdoin College (1981), an M.A. in economics from New York University (1988), and a Ph.D. in political economy from Duke University (2012).
View all posts by Richard M. Salsman →
An Interview with Atlas Shrugged Movie Producer Harmon Kaslow
James J. Hill and the Great Northern Railroad

1 Granted not all economists agree with everything in Samuelson’s book—including Samuelson himself, who wrote nineteen editions of it. But his text is as representative of the general views of modern economists as any.

2 It was not Rand’s aim in Atlas to teach lessons in economics; nevertheless, as we will see, she ingeniously concretizes and dramatizes proper economic principles.

3 An early version of the labor theory of value seems to arise in chapter 5 (“On Property”) of the Second Treatise of Government (1690) by John Locke (1632–1704), but the account does not specify manual labor alone and does not exclude the mind’s work from value determination.