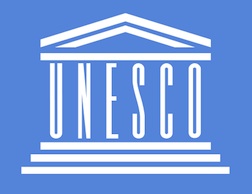 As part of the United Nations’ general support for murderous regimes, one of its agencies—The United Nations Educational, Scientific and Cultural Organization—has granted the Palestinian Liberation Organization full membership in UNESCO. In response, U.S. officials have indicated that the United States will cut off all funding for UNESCO. But this ignores the elephant in the room.

Since its inception, the PLO has repeatedly attacked Israel and slaughtered Israelis. Massacres include the Coastal Road Massacre, in which PLO agents hijacked an Israeli bus and murdered 38 civilians, 13 of whom were children—and the so-called “Second Intifada,” in which the PLO murdered more than one thousand Israelis. This is the PLO’s MO: attack Israel, kill Israelis.

The United States should not only defund UNESCO; it should defund the UN as such—and kick the monstrous organization out of America. Further, it should encourage and morally support any and all Israeli efforts to eliminate the PLO (along with all other forces that seek to destroy Israel).