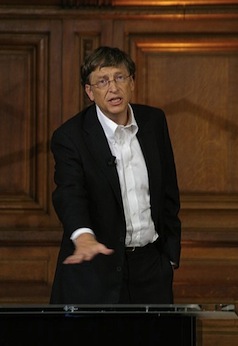 Novell inc. is suing Microsoft because Microsoft did not include Novell’s product, WordPerfect, in Windows 95. Bill Gates testifying in court said WordPerfect was a “bulky, slow, buggy product” that would “crash the system” and that Microsoft Word was “far superior.” These are certainly good reasons not to include a product in one’s innovative new program, but that’s beside the point.

A company should be free not to include or support a product for any reason or no reason at all, unless it has voluntarily entered into a contract that says otherwise. But Microsoft had no contractual obligation to include WordPerfect in its system. For Novell to sue Microsoft for not including its product is ridiculous on its face. But that such a suit can be filed at all in the U.S. legal system—forcing Microsoft to spend time and money defending itself in court—is worse than ridiculous; it is morally outrageous.

What makes such a suit possible? Antitrust law. Antitrust holds essentially that businessmen do not own their businesses and that they may not make even the most minute or mundane decisions, such as whether or not to include a competitor’s product in their own product. Antitrust effectively gives the government totalitarian power over every business, granting bureaucrats a blank check to harass them at whim.

Not only should Novell’s case against Microsoft be thrown out; the entire obscenity known as antitrust law should be repealed. This law is immoral and un-American.