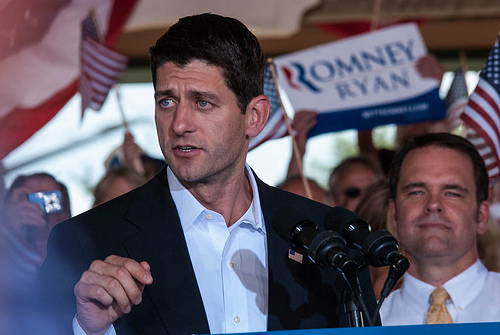 I’ve received many emails, comments, and questions about my endorsement of Romney and Ryan—too many to answer each one individually. So, as time permits, I’m going to address some of the recurring themes and questions here on TOS Blog.

The most common question I’ve received is, “Why do you call for actively campaigning for Romney and Ryan rather than just reluctantly voting for them?”

The reason I call for actively campaigning for them involves a few related points, and to see why they add up to grounds for a strong endorsement, you must view them together, as an integrated whole. I indicated these points in my original endorsement, but this is an important and highly complex issue, so I’m happy to elaborate.

The first thing to note is that either Romney and Ryan are going to win the election, or the Nihilist in Chief and his Band of Destroyers are going to remain in DC for another four years. I regard unprincipled religionists who have at least some respect for businessmen, technology, moneymaking, property rights, and freedom as substantially less dangerous than principled leftists, who loathe all of these things and actively seek to destroy them.

The second thing to note is that no matter how hard the left tries to sell the notion that Ryan is an Objectivist, thinking Americans will not buy it. Ryan has stated explicitly that although he likes Rand’s novels and appreciates some of her ideas, he rejects her philosophy—and the conservative media are eagerly helping him spread the word about this. Further, Ryan’s Catholicism is obviously at odds with Rand’s fundamental philosophy and ethics, and his political views and voting record are clearly at odds with the principle of individual rights and laissez-faire capitalism.

Nor will thinking Americans buy the notion that Rand is a conservative. On major issues—from education to abortion to immigration—Objectivism and conservatism are clearly at odds, and both Objectivists and conservatives are happy to explain this fact to anyone who is confused on the matter.

Even so, given Ryan’s statements of appreciation for Rand’s books and ideas—statements ineradicably strewn across the Internet—the left will continue to say that he is an Objectivist, to quote his earlier and more sympathetic statements about Rand, and to say that his plans and proposals are applications of Rand’s ideas. Consequently, Ryan and conservatives in general will continue to deny that he is an Objectivist, to name differences between Ryan and Rand, and to deny that he is employing her ideas.

All of this works to our advantage.

If Ryan becomes vice president, we will have four years, possibly eight years—and then possibly another four or eight years—of Ayn Rand’s ideas being constantly discussed in the media, in boardrooms, at cocktail parties, in college classrooms, and so on. We can take advantage of this by writing, speaking, and explaining to people how any rights-respecting policies in question are in concert with Objectivism, how any rights-violating policies are not, and how to tell the difference. We can explain what rights are, where they come from, and how we know it; what rational egoism is, why it is the morality of life, and why altruism is the morality of death; what reason is, how concepts are formed, and so on. Most importantly, we can recommend Rand’s books and essays that will help people gain deeper knowledge of the issues in question. In short, we can help to rapidly educate large numbers of Americans in ways we didn’t think possible just a few weeks ago.

In the run-up to the last presidential election, I wrote an article titled “McBama vs. America” in which I explained why I regarded Obama and John McCain as essentially similar and equally unworthy of support. The current situation is different. Romney is not as awful as McCain, and Obama has proven to be worse than anticipated. The most significant difference, however, is that whereas Rand’s ideas were in no way connected to any ticket then, they are connected (however inaccurately) to the Romney-Ryan ticket now.

Ayn Rand’s ideas are true—but they can save America only if they are disseminated, discussed, and applied. A Romney-Ryan administration would provide an unprecedented opportunity to disseminate, discuss, and apply them.

If the goal is to see Obama ousted, Romney and Ryan elected, and Ayn Rand’s ideas spread, then voting for Romney and Ryan is a good strategy—and campaigning for them in addition is an even better one.

One of those is markedly better than the other. I think it is worthy of active support.