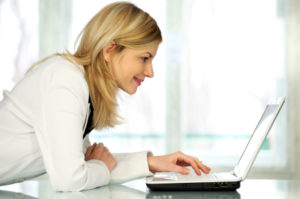 Should municipal and county government be permitted to own and operate local high-speed Internet systems—Community Broadband Networks (CBNs)?

Timothy Karr of Freepress.net and Gerry Smith of Huffington Post (among other writers) argue that governments should be permitted to own and operate CBNs because this provides “competition” against big Internet service providers (ISPs) such as AT&T, Comcast, Time Warner Cable, CenturyLink, and Verizon.

Genuine competition is possible only between private entities operating on the free market principles of voluntary trade and equality before the law.

Government CBNs also pose a major threat to First Amendment rights. By owning networks, government has the power to control content. What does this mean for freedom of speech and of the press? (Recent events should cause extra alarm on this count.)

As for claims that government involvement is “needed” because some communities are “underserved”: The government is not justified in violating the rights of some in order to meet the alleged needs of others. If “need” means that people want the services, then their desires constitute some degree of incentive for existing private companies to offer the services or for new companies to capitalize on the opportunity. If the incentive is not enough, then it’s not enough. There is no right to broadband.

A government that “competes” with private business violates our rights to control our own wealth and to contract voluntarily with others. Thankfully, government-owned CBNs are now legally restricted or banned in twenty states. The rest of the states should follow suit. If we value our economic liberty and our right to speak freely, we must fight to keep government out of the broadband business.