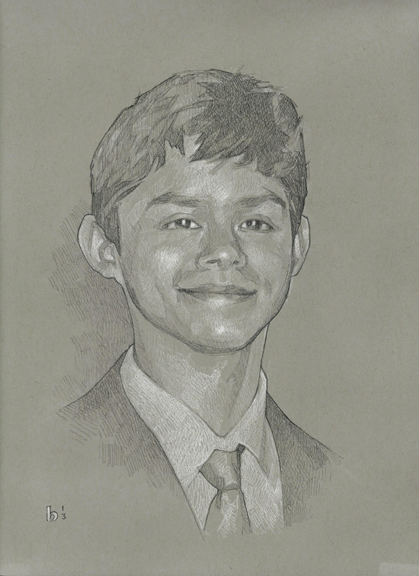 On April 22, 2013, my dear friend and assistant editor of TOS Blog, Joshua Lipana, died after a heroic nine-month battle with an aggressive form of cancer. Rather than continue mourning his death, which is tragic beyond words, I want here to say a few words about his life, which was superlatively inspirational.

Are you still looking for a paid blogger for TOS? If you are, I want the job and I’d like to apply. Plus, I’m from South East Asia. So you’ll get a hard-worker for a fraction of the cost of an American writer. It’s time to outsource, Mr. Biddle.

Thus began my professional relationship and great friendship with then twenty-year-old Joshua.

Impressed by that bold e-mail, I asked Joshua for samples of his writing, which he promptly forwarded. Impressed by those, I hired him on a trial basis to do some writing for TOS Blog. To say the trial went well would be quite an understatement. For an indication, here is the full text of his first post.1

Chernobyl Schmernobyl: The Japanese are Competent

In the wake of the earthquake and tsunami that hit Japan last week, anti-technology opportunists all over the world are racing to leverage the disaster. In particular, they’re claiming that the problems in Japan’s nuclear reactors prove the excessive danger of nuclear energy. Another Chernobyl, we’re told, could be moments away.

William Tucker, however, writing in the Wall Street Journal, explains that the fear mongering is unfounded and that Japan Does Not Face Another Chernobyl:2

The core of a nuclear reactor operates at about 550 degrees Fahrenheit, well below the temperature of a coal furnace and only slightly hotter than a kitchen oven. If anything unusual occurs, the control rods immediately drop, shutting off the nuclear reaction. You can’t have a “runaway reactor,” nor can a reactor explode like a nuclear bomb. A commercial reactor is to a bomb what Vaseline is to napalm. Although both are made from petroleum jelly, only one of them has potentially explosive material.

If a meltdown does occur in Japan, it will be a disaster for the Tokyo Electric Power Company but not for the general public. Whatever steam releases occur will have a negligible impact. Researchers have spent 30 years trying to find health effects from the steam releases at Three Mile Island and have come up with nothing.

It is also worth noting that the relatively free and correspondingly competent Japanese of today are nothing like the essentially enslaved and thus practically helpless Soviets of the 1980s. To compare the current situation with that of the Chernobyl disaster is to ignore the vast difference between the two cultures. Whereas the Soviet Union’s totalitarian system largely prevented men from using their minds, Japan’s highly liberated economy enables men to think, to produce, to excel. Because men in modern-day Japan have been relatively free to deal with reality in accordance with their rational judgment, they have been able to produce nuclear power plants of exceptionally high quality and safety. And for the same reason, the Japanese will solve the problems at hand in due course.

Tough luck, anti-technology zealots, you won’t find any leverage here. Unfortunately, that won’t stop the leftist media from pretending that you have.

It is further worth noting that whereas the Soviets attempted to hide the facts of the Chernobyl disaster, the Japanese are constantly updating the world on their problems and their efforts to resolve them.

(For a more technical explanation of why the nuclear reactors in Japan are not the major concern that many are making them out to be, see Morgsatlarge’s post, “Why I am not worried about Japan’s nuclear reactors.”3 And to aid the Japanese in this crisis, please donate to the Red Cross.)

Again, that was Joshua’s first post. At age twenty. From there, his posts only got better, and he wrote many.

Over the next twelve months—more than half of which he spent fighting cancer—Joshua wrote eighty-four posts for TOS Blog, in which he celebrated and defended reason, science, egoism, individual rights, businessmen, industrial progress, and capitalism.4 During this same period, he wrote two full-length articles and three book reviews for The Objective Standard, each of which is an exercise in clarity and conciseness5—and he wrote for several other outlets, including American Thinker, Free Enterprise, NewsReal Blog—and he founded and wrote for Liberty Against Cancer, an organization dedicated to “provid[ing] high-priority news on health and liberty as it relates to the fight against cancer.”6 Imagine what Joshua would have produced had he been able to live a full life.

Alas, he was not able to do so. After being diagnosed with cancer in June 2012, Joshua experienced a roller-coaster of sickness and health, good news and bad, until, on April 22, 2013, he died of multi-organ failure caused by the spread of the cancer.

Many of you donated money to help defray Joshua’s costs in his effort to beat the disease, and he was profoundly grateful for all your help. Although these efforts were not able to save Joshua, they were not in vain. They lifted a substantial burden, gave him peace of mind, and let him know he was loved by many.

Joshua lived rationally, productively, proudly. He loved his life. This shone through in everything he did. I am fortunate to have known him well—and we are all fortunate to have his example. Live boldly. Love your life. That is what to take from this. That is Joshua’s legacy.

Craig Biddle is editor of The Objective Standard and author of Loving Life: The Morality of Self-Interest and the Facts that Support It; Understanding Rational Egoism; and the forthcoming Forbidden Fruit for Teens: Moral Truths Your Parents, Preachers, and Teachers Don’t Want You to Know. His book in progress is “Thinking in Principles.” Biddle also serves on the board of directors of the Prometheus Foundation.
View all posts by Craig Biddle →
Letters and Replies
The End of Central Banking, Part II