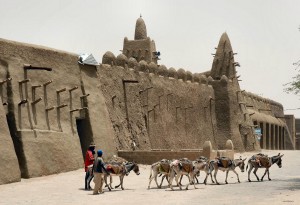 The Washington Post has revealed the details of a heroic story that emerged from last year’s armed conflict in Mali.

In April 2012, the Islamic terrorist group Ansar al-Dine invaded the city of Timbuktu and began a reign of terror, destroying historical sites and imposing sharia law. The terrorist leaders took as their headquarters the multimillion dollar Ahmed Baba Institute, a library built for the preservation of ancient scholarship, thereby threatening the trove of priceless manuscripts housed therein. The institute’s collection contained many writings from 12th- to 16th-century Arabic scholars whom these Muslims deemed heretical and whose works Ansar al-Dine likely would destroy.

Knowing this, Dr. Abdul Kader Haidara, a collector and curator for the institute, swiftly organized an effort involving library staff and other townsmen to hide these manuscripts in metal trunks and secretly transport them to a safe location. The mission involved dozens of secret trips by donkey caravan and resulted in the evacuation of nearly 2,500 trunks of manuscripts. The efforts of these men paid off: Once the Islamic rebels were expelled from the region, they burned everything they could, including the new Ahmed Baba Institute and whatever ancient manuscripts remained inside. The Islamic invaders destroyed some sixteen thousand pages of irreplaceable manuscripts; but, because of Haidara’s efforts, the vast majority of manuscripts were saved.

Congratulations to Haidara for helping to save his culture’s precious historical manuscripts from these Islamic barbarians.