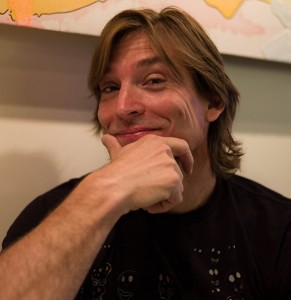 Rebecca Cullers of Adweek claims that marketer and so-called “consumer advocate” Alex Bogusky has a “foolproof way of bringing back 1 million U.S. jobs.” Bogusky says in a YouTube video, “It’s as simple as this: Every time you buy something, ensure it was made in America.” He immediately backs off that absurd claim and urges people to spend “just 5 percent more on things made in America.” Either way, his plan is rooted in faulty economics and corrupt morality.

The economic fallacies inherent in Bogusky’s plan are known to anyone who has taken an introductory economics class or read Henry Hazlitt’s Economics in One Lesson or a similar work. These fallacies involve ignoring crucial economic facts, such as:

As foolish as Bogusky’s proposal is, the fact that American businesses move overseas does, in some cases, indicate a real problem—although, judging from his video, Bogusky has no idea what it is. The problem is that some businesses move overseas, not because they can operate more efficiently by doing so, but because rapacious taxes and regulations drive them overseas. The solution to this problem, however, is not for Americans to spend more of their money on comparable goods and services produced at home; the solution is for the government to reduce its coercion (zero is ideal) and stop driving American businesses away.

Unfortunately, many Americans will accept Bogusky’s proposal despite the fact that it would be economically harmful to them. This is because many Americans accept the altruistic premise that individuals should sacrifice their own interests for the sake of others.

Bogusky asks Americans to sacrifice their wealth by paying more for comparable goods and services, allegedly for the sake of “creating jobs” for others. (At times, he suggests that spending more money without gaining more or better products isn’t really a sacrifice, but that’s ludicrous.) Well, if Americans morally should sacrifice for others, what difference does it make that they will be economically harmed by doing so? If it’s the right thing to do, then it’s the right thing to do.

The fact is, however, that it is not the right thing to do. Economics is not in conflict with morality. The two sciences are in unison. What is economically good for Americans is so because it is morally correct for them. Gains are good and losses are bad in both economics and morality.

Although Bogusky is worse than clueless when it comes to economics, at least he has unintentionally offered a good opportunity to point out that the moral is the practical.