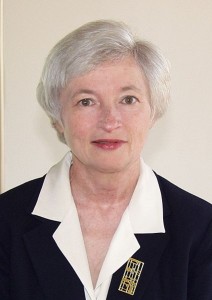 Yesterday Barack Obama nominated Janet Yellen as the next chairman of the Federal Reserve Board, to replace Ben Bernanke next February. Yellen has been vice chair to Bernanke since 2010 and will likely win approval from the Senate.

The first important thing to realize about Yellen is her ideology and monetary views.

Now sixty-seven years old, Yellen has for decades been a left-leaning academic economist, after earning degrees from Brown (BA, 1967) and Yale (PhD, 1971), an era when Keynesian interventionist policies were held as sacrosanct.

Later she taught at Berkeley’s Haas School of Business (1980–1994), while publishing articles that never materially questioned Keynesian dogmas—such as that a free economy is prone to “failures” or “imbalances” (where aggregate demand runs short of aggregate supply); that government spending can add to output; that inflation (a decline in money’s purchasing power) results not from excessive money creation but from excessive economic growth; that money-printing can lower unemployment; that savings “leak” from spending flows and cause recessions; and that a central bank should keep interest rates as low as possible in order to provide a profligate, deficit-spending, debt-accumulating government with low-cost funding.

The second crucial fact to know is that Yellen unabashedly imports these myths into the political realm, instead of leaving them in the ivory tower. In the words of Allen Sinai, longtime Keynesian and president of Decision Economics Inc., “the philosophy of Janet Yellen is activism of government policy to achieve [Fed] objectives.”

Yellen’s predecessor, Ben Bernanke (Fed chief since early 2006), believed many of these same myths, which led to his policy of wildly gyrating interest rates, which in turn reintroduced a boom-bust pattern into the U.S. financial economy, thus terminating the sober and stable years economists had come to call “the Great Moderation” (mid-1980s to mid-2000s). Bernanke’s policies—all fully endorsed by Yellen—triggered both the Great Recession (2007–2009) and the financial debacle of 2008.

Since 1994, Yellen has contributed to the deleterious shift away from bullish, supply-side policies, toward bearish, demand-side (Keynesian) policies, first as a Federal Reserve Board member (1994–1997); then as an adviser to President Clinton (1997–1999), pushing for more sub-prime mortgages; then as president of the San Francisco Fed (2004–2010); and, most recently, as vice chairman of the Fed (2010–2013). At every step, Yellen has helped Bernanke impose money-printing, vast purchases of U.S. federal debt, and near-zero interest rates. She’ll likely continue those destructive policies for even longer than Bernanke might have. Consequently, we may see a prolonged period of artificially low interest rates, huge national debt purchases, and economic stagnation.

This is not good.

Richard M. Salsman is president of InterMarket Forecasting, Inc., a visiting assistant professor of political economy at Duke University, and a senior fellow at the American Institute for Economic Research. Previously he was an economist at Wainwright Economics, Inc. and a banker at the Bank of New York and Citibank. Dr. Salsman has authored the books Breaking the Banks: Central Banking Problems and Free Banking Solutions (1990), Gold and Liberty (1995), and The Political Economy of Public Debt: Three Centuries of Theory and Evidence (2017). He is also author of six chapters and scores of articles. His work has appeared in the Georgetown Journal of Law and Public Policy, Reason Papers, the Wall Street Journal, the New York Times, Forbes, the Economist, the Financial Post, the Intellectual Activist, and The Objective Standard. From 2010 to 2013 he authored seventy-eight op-eds as a regular essayist at Forbes.com. Dr. Salsman earned a B.A. in economics from Bowdoin College (1981), an M.A. in economics from New York University (1988), and a Ph.D. in political economy from Duke University (2012).
View all posts by Richard M. Salsman →