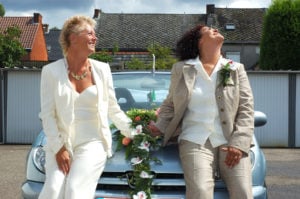 Governor Chris Christie, who previously vetoed a bill to legalize gay marriage in New Jersey, appealed Jacobson’s ruling to the state Supreme Court. But when the high court refused to temporarily stop gay weddings from proceeding and “suggested that [Christie] would have a difficult time winning an appeal,” Christie dropped the appeal and conceded that he would enforce “the law as dictated by the New Jersey Supreme Court.”

The courts did not “create” a right to gay marriage, as some contend. Rights are not created by governments. Rights, as America’s founders acknowledged, exist prior to governments and are precisely what governments are properly formed to protect.

Whatever the merits or demerits of Jacobson’s legal reasoning, the court’s removal of New Jersey’s ban on gay marriage gave legal recognition to an inalienable moral right—the right of consenting adults to contract in accordance with their own judgment.