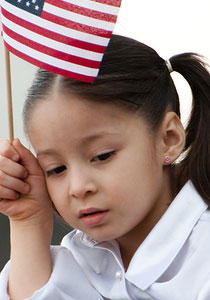 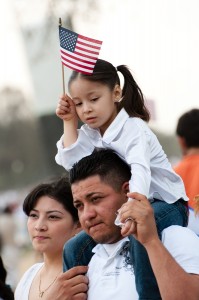 A recent immigration proposal by U.S. House Republican leaders comports with the standard of individual rights in two important ways. First, it seeks to allow many immigrants now here illegally to “live legally and without fear in the U.S.” Second, it recognizes that such legal status need not be coupled with a path to citizenship or the ability to vote in U.S. elections.

Unfortunately, the Republican plan also would substantially violate people’s rights in numerous ways. It seeks, among other things, to largely forbid the immigration of peaceable people not already here, to let government dictate how long new immigrants may stay, to establish an “electronic employment verification system” by which the federal government may track everyone’s employment, and to force illegal immigrants here now to “pay significant fines” to stay.

Why do the Republicans propose this hodgepodge of rights-respecting and rights-violating laws? In part because their standard is not individual rights but “national interests.”

The nation, however, has no interests apart from the interests of the individuals who comprise it. In order to pursue their values by their own judgment, individuals need freedom to do so—which means they need government to consistently protect and not violate their rights. The Declaration of Independence recognizes each individual’s rights to life, liberty, and the pursuit of happiness. It’s high time for the government to protect these rights.

A government that protects individual rights does not forbid employers to contract with employees, whether they are from another state or another country. Nor does such a government deport peaceable people for the “crime” of having come to the Land of Liberty.

So long as Republicans continue advocating laws that violate individual rights, it is sheer pretense for them to pose as advocates of individualism or properly limited government.

With today’s immigration debate, the GOP has an opportunity to change course and to become the party that advocates individual rights and a government limited to protecting them. Will Republicans seize this opportunity, or will they do what they’ve always done?