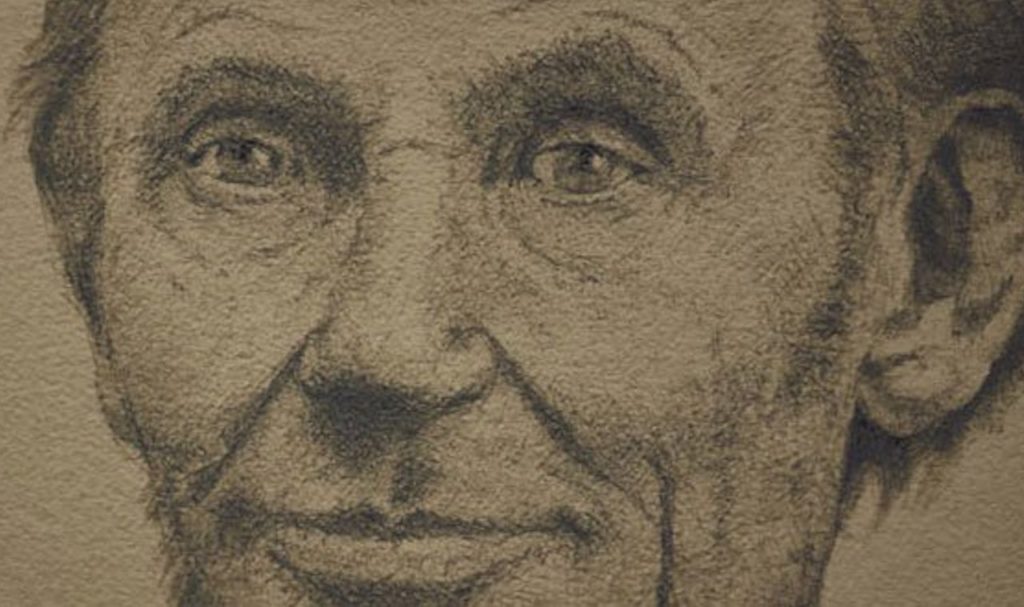 Was Abraham Lincoln, as most Americans believe, a defender of individual rights, a foe of slavery, and a savior of the American republic—one of history’s great heroes of liberty? Or was he a tyrant who turned his back on essential founding principles of America, cynically instigated the bloody Civil War to expand federal power, and paved the way for the modern regulatory-entitlement state?

In the face of widespread popular support for Lincoln (note, for example, the success of the 2012 Steven Spielberg film about him) and his perennially high reputation among academics, certain libertarians and conservatives have promoted the view that Lincoln was a totalitarian who paved the way for out-of-control government in the 20th century.1 Those critics are wrong. Contrary to their volumes of misinformation and smears—criticisms that are historically inaccurate and morally unjust—Lincoln, despite his flaws, was a heroic defender of liberty and of the essential principles of America’s founding.

Getting Lincoln right matters. It matters that we know what motivated Lincoln—and what motivated his Confederate enemies. It matters that we understand the core principles on which America was founded—and the ways in which Lincoln expanded the application of those principles. It matters that modern advocates of liberty properly understand and articulate Lincoln’s legacy—rather than leave his legacy to be distorted by antigovernment libertarians (and their allies among conservatives), leviathan-supporting “progressives,” and racist neo-Confederates.

My purpose here is not to present a full biographical sketch of Lincoln, nor to detail all types of criticisms made against him. Rather, my goal is to present sufficient information about Lincoln and his historical context to answer a certain brand of his critics, typified by Ron Paul, formerly a congressman from Texas and a contender for the Republican Party’s presidential nomination in 2008 and 2012. Paul and his ilk characterize Lincoln’s engagement of the Civil War as a “senseless” and cynical power grab designed to wipe out the “original intent of the republic.”2 Such claims are untrue and unjust, as we will see by weighing them in relation to historical facts. Toward that end, let us begin with a brief survey of claims by Lincoln’s detractors.

The revision of Lincoln and his legacy began in earnest soon after the Civil War, but, at the time, it was relegated to the intellectual swamp of Confederate memoirs and polemics. What was once the purview of a defeated and demoralized rump and of early anarchists such as Lysander Spooner has picked up steam within the modern libertarian movement. 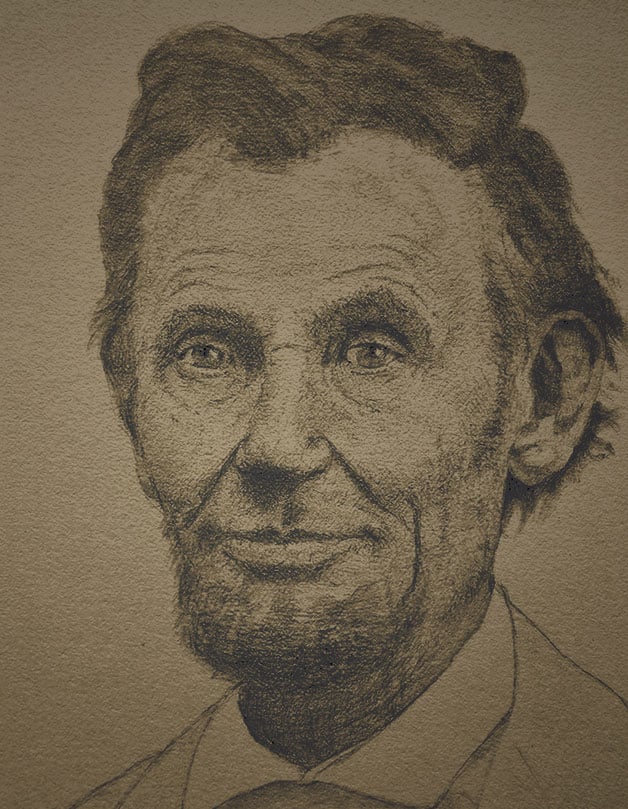 In the early 20th century, the acerbic newspaperman and social critic H. L. Mencken seriously suggested that the Confederates fought for “self-determination” and “the right of their people to govern themselves.” He claimed that a Confederate victory would have meant refuge from a northern enclave of “Babbitts,” the attainment of a place “to drink the sound red wine . . . and breathe the free air.”3 Mencken’s musings were but a symptom of a broader change in how many Americans came to view the Civil War. The conflict was no longer “the War of the Rebellion,” but “the War between the States.” The Confederate cause was no longer an essentially vile attempt to preserve slavery, but an honorable attempt to preserve autonomous government. Not coincidentally, during this period, Confederate sympathizers built monuments to the Confederacy throughout the South, and D. W. Griffith’s openly racist silent film The Birth of a Nation presented revisionist Civil War history and contributed to the rebirth of the Ku Klux Klan.4 Sometimes Confederate sympathizers claimed that the Civil War was not really about slavery; other times they claimed that slavery was a glorious institution the South sought to preserve.

More recently, Murray N. Rothbard—widely regarded as the godfather of the modern libertarian movement (and someone who saw Mencken as an early libertarian)5—characterized the Civil War as the fountainhead of the modern regulatory state:

The Civil War, in addition to its unprecedented bloodshed and devastation, was used by the triumphal and virtually one-party Republican regime to drive through its statist, formerly Whig, program: national governmental power, protective tariff, subsidies to big business, inflationary paper money, resumed control of the federal government over banking, large-scale internal improvements, high excise taxes, and, during the war, conscription and an income tax. Furthermore, the states came to lose their previous right of secession and other states’ powers as opposed to federal governmental powers. The Democratic party resumed its libertarian ways after the war, but it now had to face a far longer and more difficult road to arrive at liberty than it had before.6

Thomas DiLorenzo, a colleague of Rothbard’s until Rothbard’s death in 1995, penned two books responsible for much of today’s libertarian and conservative antagonism toward Lincoln: The Real Lincoln: A New Look at Abraham Lincoln, His Agenda, and an Unnecessary War (2002) and Lincoln Unmasked: What You’re Not Supposed to Know About Dishonest Abe (2006). (Both DiLorenzo and Ron Paul are senior fellows of the Ludwig von Mises Institute, an organization that, while bearing the name of the great Austrian economist von Mises, is more closely aligned with Rothbard’s anarchist views.)

Largely through his influence on popular economist Walter E. Williams, who wrote the foreword to DiLorenzo’s 2002 book, DiLorenzo has reached a relatively wide audience of libertarians and conservatives. Williams is known to many as a genial guest host for The Rush Limbaugh Show, a fellow of the Hoover Institute, and a distinguished professor of economics at George Mason University. He gave his imprimatur to DiLorenzo’s work, thereby elevating what might otherwise have been a peculiar book from the depths of Rothbard’s libertarian, paleoconservative, neo-Confederate intellectual backwater to a nationally known and provocative piece of severe Lincoln revisionism.

What are the essential criticisms leveled against Lincoln by such writers as Mencken and DiLorenzo? The most important of these criticisms can be grouped into four categories. First, these critics claim, Lincoln eviscerated the right of secession supposedly at the heart of the American Revolution. Second, say the critics, Lincoln did not truly care about slavery; he invoked it only to mask his real reasons for pursuing war—to expand the power of the federal government. Anyway, the critics add, slavery would have ended without a Civil War. Third, argue the critics, Lincoln subverted the free market with his mercantilist policies, thereby laying the groundwork for the big-government Progressives to follow. Fourth, Lincoln supposedly prosecuted the war tyrannically; in DiLorenzo’s absurd hyperbole, Lincoln was a “totalitarian” who constructed an “omnipotent” state.7 Let us look at each of these criticisms in greater detail—and put them to rest—starting with the claim that Lincoln spurned the fundamental principles of the founding by opposing secession.

The “Right” of Secession

To determine whether Lincoln advanced or undermined the basic principles of America’s founding, we must first understand what those principles are. . . .

Alexander V. Marriott teaches history at Wiley College in Texas and has written for the Las Vegas Review-Journal and Capitalism Magazine. He also blogs at The Republican Observer. His PhD dissertation explored how American Republicans proposed to conduct and win wars while also protecting the rights of individuals—and how they actually went about doing so.
View all posts by Alexander V. Marriott →
From the Editor, Summer 2014
Purpose, Value Hierarchies, and Happiness