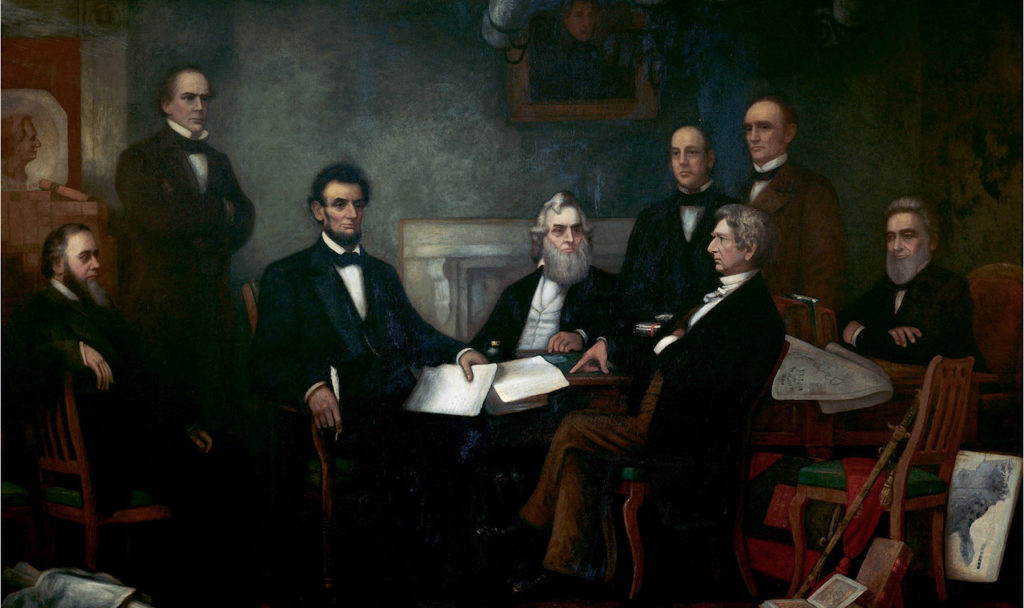 Following the publication of my article “Getting Lincoln Right,” someone on Facebook suggested that Lincoln opposed slavery, not because he saw it as a moral evil (as he repeatedly claimed), but because he was racist:

[Lincoln] clearly disliked slavery but mainly because he didn’t want blacks and whites to mix blood and [in] several of his speeches he states that it is clear that the negro is not the equal of the white in anyway!

Any such criticism of Lincoln is ridiculous, for it entirely ignores Lincoln’s explicit moral commitments as well as the historical context in which Lincoln spoke and acted.

True, Lincoln made some racist remarks in 1858, when debating Stephen A. Douglas in front of crowds of Illinois voters. During these famous debates, Douglas continually baited Lincoln by claiming or insinuating he supported full civil equality between blacks and whites, including interracial marriage. Remember, this was a period of history in which white American slaveholders held some four million men, women, and children in bondage and in which racial bigotry among whites was widespread.

Consider an example of Douglas’s debate tactics. During the debate at Freeport, Douglas claimed he had previously seen the black abolitionist Frederick Douglass riding in a carriage with white women, being driven by the white owner of the carriage. When someone in the crowd shouted out, “What of it?,” Douglas retorted at length in a typical screed:

What of it! All I have to say is this, if you Black Republicans think that the negro ought to be on a social equality with young wives and daughters, and ride in the carriage with the wife while the master of the carriage drives the team, you have a perfect right to do so. . . . All I have got to say on that subject is this, those of you who believe that the nigger . . . is your equal, and ought to be on an equality with you socially, politically and legally, have a right to entertain those opinions, and of course will vote for Mr. Lincoln.1

Douglas assailed Lincoln with these and far worse remarks throughout their seven debates. Douglas, a skilled stump orator who knew full well the racial prejudices of the frontier crowds, sought to make Lincoln falter and say something politically damaging. The challenge here was not for Douglas, but for Lincoln, who had to navigate the racial prejudices of many in his audiences while appealing to their better moral premises in order to accomplish his goals.

Did Lincoln always succeed? No. For example, at Charleston he said, “I have never had the least apprehension that I or my friends would marry negroes if there was no law to keep them from it,” and, “I give [Douglas] the most solemn pledge that I will to the very last stand by the law in this State that forbids the marriage of white folks with negroes.”2

We look on such a statement in horror. Nevertheless, we must remember the historical context. A man who built his career on professed moral indifference to the spread of slavery (Douglas) was attempting to retain a U.S. Senate seat by muddying the campaign and smearing his opponent through appeals to racial bigotry.

Lincoln had to parry these attacks in a state with substantial numbers of openly racist voters as best he could manage extemporaneously. In doing so, he conceded some issues he could not do anything about—for instance, the Illinois state law against race mixing (a topic the U.S. Supreme Court would not resolve until 1967). Despite his retrospective missteps, Lincoln repeatedly responded to Douglas’s racist taunting by turning back to his avowed purpose in the election—to remind voters that “the old principle of Washington, Jefferson, and Madison” was that slavery was wrong and should be placed on a path to extinction.3

Granted, Lincoln offered some morally compromised concessions to Douglas’s relentless race-baiting. However, to justly judge Lincoln, we must also consider the courage and skill with which Lincoln responded to Douglas’s attacks by promoting truly radical antislavery ideas—in a time, place, and country where many white men looked down on blacks (and others, including women) and treated them as inferior.

“I have always maintained that in the right to life, liberty, and the pursuit of happiness, [blacks] were our equals,” Lincoln argued. In the United States of America, he maintained, petty bigotry had no role in determining the rights of man:

I have insisted that in legislating for a new country where slavery does not exist, there is no just rule other than that of pure morality and pure abstract right; and with reference to legislating with regard to these new countries, this abstract maxim, the right to life, liberty, and the pursuit of happiness, are the first rules to be considered and referred to.4

These were not the words of a racist man pragmatically motivated to end slavery for mere political purposes.

Consider the truly radical implications of Lincoln’s prepared remark in Springfield the previous year in reaction to the Dred Scott decision:

I protest against that counterfeit logic which concludes that, because I do not want a black woman for a slave I must necessarily want her for a wife. I need not have her for either, I can just leave her alone. In some respects she certainly is not my equal; but in her natural right to eat the bread she earns with her own hands without asking leave of any one else, she is my equal, and the equal of all others.5

Frederick Douglass, who experienced the worst prejudices that ever existed in this country, detected no racist cast of mind or character when he met Lincoln in the White House:

The room bore the marks of business, and the persons in it, the President included, appeared to be much over-worked and tired. Long lines of care were already deeply written on Mr. Lincoln’s brow, and his strong face, full of earnestness, lighted up as soon as my name was mentioned. As I approached and was introduced to him he arose and extended his hand, and bade me welcome. I at once felt myself in the presence of an honest man—one whom I could love, honor, and trust without reserve or doubt.6

It is, of course, perfectly appropriate to recognize Lincoln’s (relatively few) faults—but not without recognizing his world-changing virtues. When judged in the context of their time, place, and mission, the men whom Lincoln fought (including Douglas) emerge as vile defenders of racism and of slavery, whereas Lincoln emerges as a moral hero who substantially fought against the racism of his day to help end slavery.

Alexander V. Marriott teaches history at Wiley College in Texas and has written for the Las Vegas Review-Journal and Capitalism Magazine. He also blogs at The Republican Observer. His PhD dissertation explored how American Republicans proposed to conduct and win wars while also protecting the rights of individuals—and how they actually went about doing so.
View all posts by Alexander V. Marriott →

A Report on the “Liberty, Free Markets, and Moral Character” Conference
Leftists Shamefully Exploit California Murders on Behalf of Collectivism
Return to Top