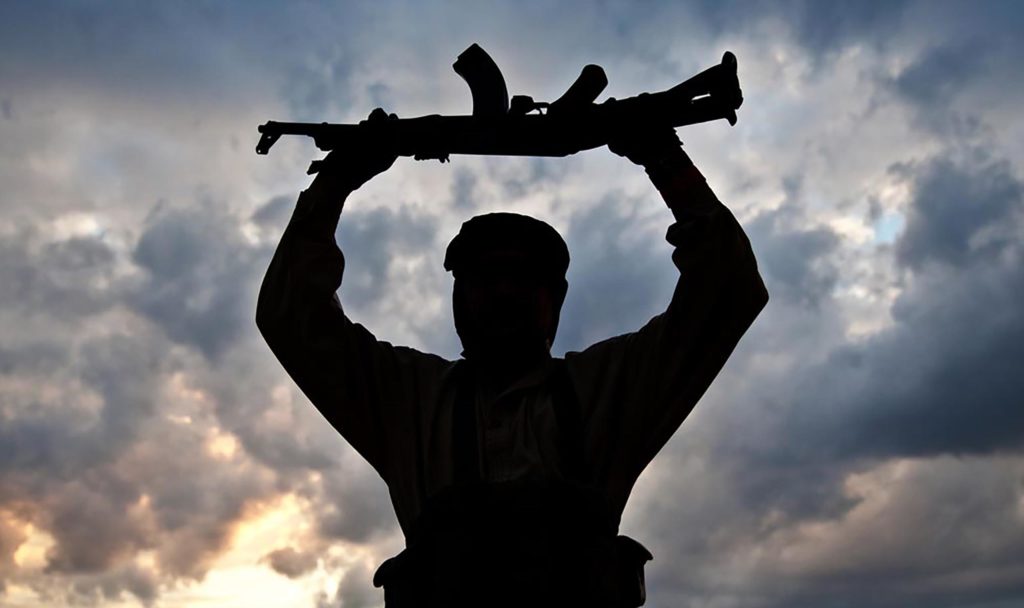 In “Terrorism, Altruism, and Moral Certainty,” the Afterword to my book Loving Life, which went to press shortly after the terrorist attacks of 9/11, I explain that “Islamic terrorists are religious altruists: They selflessly commit human sacrifices for the sake of a supernatural ‘other’—an alleged God.” A Muslim professor at the Islamic University in Gaza recently acknowledged this too.

The Middle East Media Research Institute captured an interview on the Hamas-owned Al-Aqsa television channel in which Professor Subhi Al-Yazji explains why Muslims commit acts of martyrdom (video below). They do not martyr themselves because they are brainwashed or motivated by money paid to survivors, explains Al-Yazji—such claims are fabricated by evasive Westerners and biased media outlets. Rather, Muslims martyr themselves because, in Al-Yazji’s words, “the Muslim faith requires us to make sacrifices”:

The Islamic concept of sacrifice motivates many of our youth to carry out martyrdom operations. . . . Contrary to how they are portrayed by the West and some biased media outlets, which claim that they are youths of 18–20 years who have been brainwashed, most of the people who sacrificed their lives for the sake of Allah were engineers and had office jobs. . . . Take, for example, someone like brother Sa’d, who was an engineer, had an office job, owned a home and a car, and was married. What made him embark on Jihad? He believed that the Muslim faith requires us to make sacrifices.

Terrorism expert Bruce Hoffman exposes this same truth from a different perspective in his book Inside Terrorism:

Unlike the ordinary criminal or the lunatic assassin, the terrorist . . . is not driven by the wish to line his own pocket or satisfy some personal need or grievance. The terrorist is fundamentally an altruist: he believes that he is serving a “good” cause designed to achieve a greater good for a wider constituency—whether real or imagined—which the terrorist and his organization purport to represent. (p. 43)

Islamic jihadists are motivated by the faith-based, sacrifice-demanding, anti-life moral code that they have accepted as true. And because they accept this code on faith—that is, in the absence of evidence supporting the ideas and in defiance of evidence contradicting the ideas—there is no way to reason them out of it. The only way to deal with people who have faith that they should kill you is to kill them first. This is why America morally must eliminate the main regimes that advocate and sponsor Islamic jihad against America—the Islamic regimes in Iran and Saudi Arabia—and then eliminate any Muslims who remain committed to killing Americans.

But doing so requires more than mere military power. It requires moral certainty. I elaborate in the Afterword to Loving Life:

If we want to protect our lives and our loved ones from murderous aggressors, if we want to defeat terrorists (or any such evil), military superiority is not enough. In a battle against evil, military superiority is a necessary condition, but it is not a sufficient condition; we also, and more fundamentally, need moral certainty. If we are to win this war, we need to be morally certain that we have the absolute right to annihilate terrorists and their sponsors by any means necessary. And the only source of (genuine) moral certainty is an observation-based, non-contradictory, rationally provable, objective code of values. Fortunately, we now have one. The question is: Will we proudly embrace it, or will we humbly allow the creed of sacrifice to continue mowing us down? Will we act resolutely and finish the job that must be done, or will we act timidly and take only partial measures? Will we defend ourselves properly and destroy all known terrorists as well as all governments known to support terrorism, or will we act with “restraint,” surrender to “world opinion,” and allow some of them to remain in existence, to continue plotting attacks against us, and to slaughter more innocent people in the future?

I urge you to tell people about the objective morality you have discovered. Give this book to your friends. Read Ayn Rand’s books. Give them to your friends. Tell everyone you know that “There is a morality of reason, a morality proper to man, and Man’s Life is its standard of value.” As Ayn Rand said: “The world is ours, whenever we choose to claim it, by virtue and grace of the fact that ours is the Morality of Life.”

Let’s choose to claim the world now. Let’s spread the word about the Morality of Life— substantial acceptance of which is essential if Americans are ever to demand that our government do what it morally must do. Let’s save our world from Islamic jihad.

Here are some basic tools for the job: