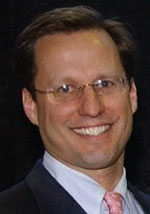 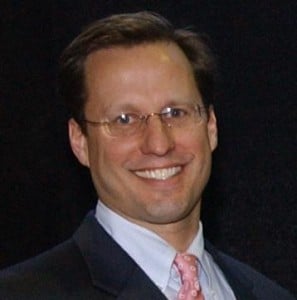 In a surprising turn of events, Dave Brat won the Republican Party nomination for a House seat in Virginia, displacing House Majority Leader Eric Cantor. Cantor heavily outspent his opponent, and no one (apparently including Brat) expected Brat—a political newcomer—to win the nomination over the seasoned incumbent. Given that Brat has shaken the Republican establishment and grabbed headlines nationwide, let’s evaluate some of his ideas.

Brat is not, as the Huffington Post claims, an “Ayn Rand proselytizer.” Those who claim he is point to the fact that he is the director of the BB&T Moral Foundations of Capitalism Program for Randolph-Macon College—a program sympathetic to Rand’s ideas—and that he coauthored a 2010 paper about Rand. However, although Brat largely supports free markets, he does not consistently support them, as Rand did; he disagrees with Rand on important philosophic issues; and he himself recognizes that his views are not Rand’s.

Consider first some indicators of Brat’s support for free markets:

On these and many other political issues, Brat and Rand would agree.

Brat parts ways with Rand dramatically, though, on the issue of immigration. Although Rand would agree with Brat that the United States should bar criminals and terrorists and that immigrants should not receive welfare (Rand held that no one should receive welfare), Rand called for open immigration, whereas Brat calls for largely closed immigration.

An open border is both a national security threat and an economic threat that our country cannot ignore. . . . Adding millions of workers to the labor market will force wages to fall and jobs to be lost.

In a 1973 Q&A, by contrast, Rand—herself an immigrant (and arguably an “illegal” one)—explicitly called for open immigration and denounced the sort of economic claims Brat makes. When asked, “What is your attitude toward immigration? Doesn’t open immigration have a negative effect on a country’s standard of living”? Rand replied:

No one has the right to pursue his self-interest by law or by force, which is what you’re suggesting. You want to forbid immigration on the grounds that it lowers your standard of living—which isn’t true, though if it were true, you’d still have no right to close the borders. You’re not entitled to any “self-interest” that injures others, especially when you can’t prove that open immigration affects your self-interest. You can’t claim that anything others may do—for example, simply through competition—is against your self interest. But above all, aren’t you dropping a personal context? How could I advocate restricting immigration when I wouldn’t be alive today if our borders had been closed?

Brat parts ways with Rand in other important ways as well. Whereas Brat claims, “Our Rights come from God and not from Government,” Rand, an atheist, demonstrated,

The source of man’s rights is not divine law or congressional law, but the law of identity. . . . Rights are conditions of existence required by man’s nature for his proper survival.

(For a fleshed out argument, see “Ayn Rand’s Theory of Rights.”)

Although a summary of Brat’s 2010 coauthored paper (available through Southeastern Informs) indicates that Brat is familiar with some of Rand’s work, it also shows that Brat misunderstands Rand’s ideas in significant ways. For example, Brat claims that Rand endorsed “laissez-faire capitalism as first proposed in Adam Smith’s The Wealth of Nations”; in fact, Rand recognized that Smith endorsed a regulated economy, not laissez faire, and she condemned the sorts of economic regulations that Smith favored. More fundamentally, Rand rejected Smith’s attempts to justify capitalism based on its promotion of the “public interest,” basing her justification instead on her theory on individual rights, and, more deeply, her ethics of rational selfishness.