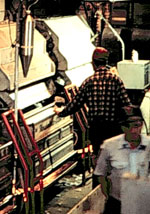 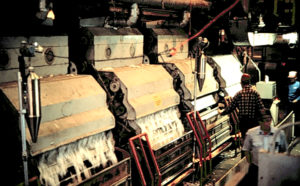 The last time I went into Wal-Mart, I found cotton t-shirts on sale for $5. Such values are available not only in the United States, but the world over. Today even the world’s poorest people have little trouble acquiring low-cost, functional clothing—thanks to mechanized manufacture. But if the 19th century Luddites had succeeded in their fearmongering about technology, we’d still be wearing extraordinarily costly clothes laboriously hand-woven by textile laborers.

Today’s neo-Luddites fear the new technologies of our age. For example, Jerry Michalski, founder of the Relationship Economy eXpedition think-tank, refers to automation as a “terrifying force” that will displace workers, Jeff Elder writes for the Wall Street Journal. Such fears are absurd.

Moreover, because producers who employ new technologies manufacture more and better products at lower costs, their customers have money left to spend in expanded or entirely new industries. Many careers now available were barely available or not available at all a few decades ago, including computer game programming, massage therapy, various pet therapies, blogging and other online media production, and computer animation, to name a few.

Elder predicts that new technologies, including advanced robotics and self-driving cars, will soon be commonplace. Undoubtedly these technologies will make some jobs obsolete, but they will also give rise to many new career opportunities.

Elder aptly summarizes the views of those who see new technology as beneficial: “The optimists cited a few broad themes, saying that historically technology has been a net creator of jobs, new types of work will emerge, [and] technology will free us from drudgery.”

The two main “problems” with new technologies are a consequence of rights-violating government practices. When government seizes people’s wealth to operate schools, it substantially fails to educate students with knowledge they need to succeed in the marketplace; and poorly educated people have trouble adapting to a changing economy. Also, governments often employ new technologies to pursue rights violating policies, as when the NSA uses hi-tech gear to spy on innocent citizens.

In the context of a market economy in which government protects rather than violates people’s rights, however, people rationally welcome new technology and celebrate its creators as moral heroes who advance human life and happiness.

European Industry Stagnates as Americans Prosper with Fracking
“Gifts from Heaven”: A Vital Historic Lesson for America
Return to Top