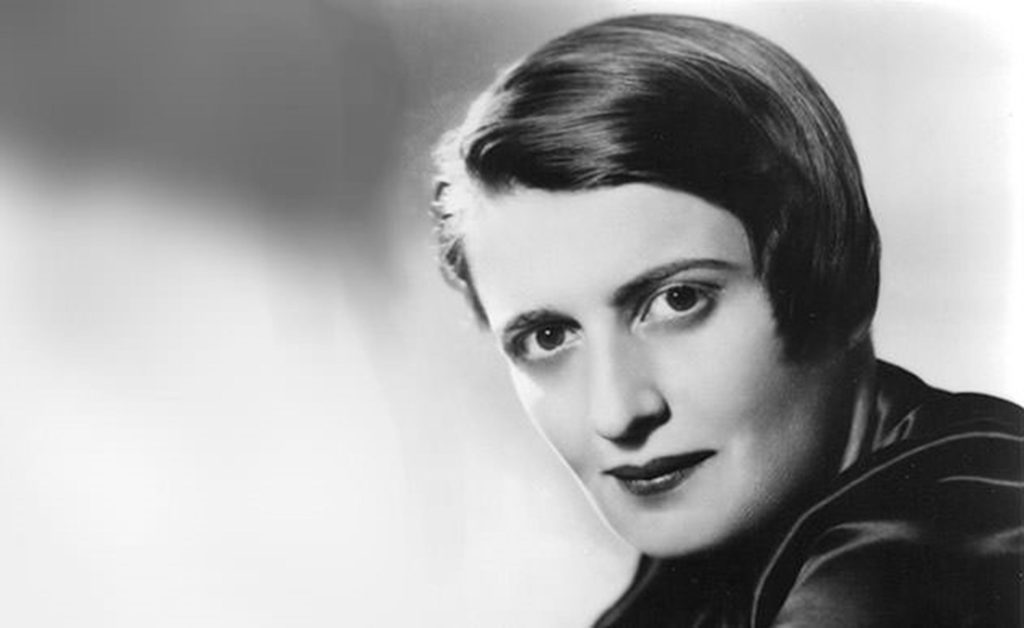 Leftists as well as religious conservatives routinely misrepresent Ayn Rand’s ideas—often wildly so—and then mock the straw men of their own creation. Although one might have expected better from PJ Media, Andrew Klavan and Bill Whittle take the same approach in their recent PJ video.

Despite claiming to have read “all of Ayn Rand’s major works, and a lot of her . . . minor works,” nearly everything Klavan says about Rand is absurdly wrong. Either Klavan did not pay much attention to what he read, or he is unwilling to acknowledge what he knows about Rand’s ideas.

Near the beginning of the video, Klavan summarizes his basic view of Rand: “She’s not nonsense; in a way she’s worse than nonsense. She’s a great deal of good sense, surrounded by absolute nonsense.” The nonsense at hand, however, comes from Klavan (who dominates the discussion) and Whittle (who says relatively little).

Klavan claims that much of Rand’s “good sense . . . comes from Frédéric Bastiat,” the French economist. Whether or not Rand was influenced by Bastiat, she was certainly knowledgeable of free-market economics, including the works of Ludwig von Mises and Henry Hazlitt. But Rand did not merely make the practical case for free markets, as free-market economists typically do; nor did she claim that rights come “from God,” as Bastiat does. Rather, Rand created a philosophic system derived from perceptual reality; in so doing, she laid an objective foundation for morality and for man’s rights, based, not on unproved or unprovable religious assertions, but on the demonstrable requirements of man’s life on Earth.

Klavan claims that Rand is “nonsense . . . because she is an atheist, and yet she thinks that there is an absolute moral standard by which to live, which is the absence of force.” Klavan then claims, “Once you remove God, you’re living in a relativist universe,” without objective moral standards. But Rand regarded the “absence of force” not as the basic moral standard by which to live—that she saw as the requirements of man’s life—but rather as the much more derivative standard for governmental protection against the initiation of physical force. In addition to identifying man’s life as the standard of moral value, Rand showed why, in a social context, man needs freedom from initiatory force in order to live. Rand’s political views rest logically on her moral views, which, in turn, rest on her deeper philosophic views. (Regarding the broader issue of the objective nature of morality, see Rand’s essay “The Objectivist Ethics” in The Virtue of Selfishness.)

Next, Klavan claims that Rand “confuses selflessness . . . with altruism.” He continues: “The difference between selflessness and altruism, is that selflessness doesn’t exist. Everybody is acting for personal gain, even if that personal gain is joy.” Klavan equates altruism with “doing good for people,” which, he says, allows a person to “experience joy.”

Klavan is wrong here on several levels. Rand did not regard selflessness as the equivalent of altruism; rather, she observed that altruism is a moral code that upholds self-sacrificial service to others—that is, selflessness—as a virtue. Altruism does not mean “doing good for people”; if that’s what altruism meant, then the wealthiest capitalists in history would be the greatest “altruists,” for their products have helped billions of people live better lives. Altruism means “other-ism.” The term was coined by the philosopher Auguste Comte, who created it to name the morality that holds self-sacrifice for others as a moral duty, not to name a policy that brings a person joy. Further, Comte recognized, as did Rand, that individual rights are incompatible with the morality of altruism. Klavan further claims that everyone always acts for “personal gain.” But this denies the existence of free will and the significance of morality. People can choose to sacrifice their own life-serving values for the sake of others, and, if they accept the idea that being moral consists in doing so, they will.

Klavan next claims that Rand’s “ethos of selfishness . . . leads men to blow up orphanages [full of children], because they didn’t get the architecture they wanted.” Here Klavan is either confessing that he has not actually read Rand or patently lying about her views. As Rand extensively explained in multiple books and essays, rational selfishness entails pursuing one’s values while respecting the rights of others, which means not initiating force against people. Klavan’s claim appears to be an effort to misrepresent a scene from Rand’s novel The Fountainhead, in which the protagonist, Howard Roark, blows up an unoccupied building that he designed, because the builders violated the terms by which he agreed to design it. Roark demolishes the building only after he carefully ensures that no one will be injured. To equate Roark’s action here with murdering children, as Klavan appears intent on doing, is reprehensible.

Whittle claims that, for Rand, “some kind of [self-enlightened] anarchy is the answer,” a view that is as “utopian as Communism.” He further claims that Rand assumes “people would behave virtuously all the time, and they don’t.” But such claims are bizarre. Far from endorsing anarchy, Rand explicitly and repeatedly denounced it. And she endorsed government not only to deal with criminals, but also to resolve contractual disputes and to provide national defense. (For an example of Rand’s advocacy of properly limited government, see her essay “The Nature of Government” in The Virtue of Selfishness.)

In short, Klavan and Whittle’s video is a cacophony of misinformation and smears.

To PJ Media’s credit, the organization did publish Walter Hudson’s timely rebuttal to the video—but that hardly makes up for Klavan and Whittle’s journalistic indecency. For his part, Whittle has done some great work in other areas—which makes his involvement in this video all the more puzzling.

Those who care about truth in media would do well to notify PJ Media that such shoddy journalism is unacceptable.