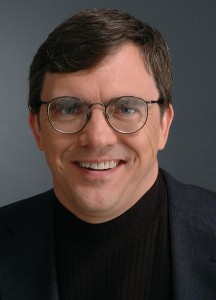 Once a state where the middle class reigned supreme, the apotheosis of the American Dream, California now has the wealth distribution—and, in some disturbing ways, the political underpinnings—of a Third World country. In Silicon Valley, a group of super-wealthy tech oligarchs live lives of almost unimaginable wealth, while only a few miles away, illegal immigrants live in squalor.

The oligarchs feel free, and even entitled, to choose the direction of society in the name of a greater good, but somehow their policies seem mostly to make the oligarchs richer and more powerful.

Although I object to Reynolds’s practice of referring to tech entrepreneurs and employees as “oligarchs”—especially given that many such people aren’t even active in politics, or, if they are, they support an essentially rights-respecting government—Reynolds does make some legitimate points later in his op-ed.

Unlike the left, Reynolds blames income inequality, not on greedy capitalists or the like, but mostly on government policies. Reynolds condemns “regulations, land-use rules and environmental restrictions that make things worse for businesses,” occupational regulations that make it harder for people to find work, and “a thicket of petty regulation” that makes it harder for people (especially the poor) to keep their money and to navigate daily life.

Unfortunately, Reynolds does not fully clarify when income inequality is a problem and when it is not.

The real problem (as Reynolds substantially recognizes) is that the market is not fully free, and government routinely violates rather than protects rights in myriad ways. Thus, although there’s nothing wrong with income inequality per se, when and to the degree income inequality results from rights-violating policies, then it is a symptom of those immoral government actions. In such cases, the moral solution is to end those policies.

Although in his op-ed Reynolds wrongly castigates the wealthy and fails to clarify the moral status of income inequality in a free market, at least he substantially recognizes the immorality and economic harms of rights-violating government policies. Hopefully that is the problem on which Reynolds and others will focus more clearly in the future.