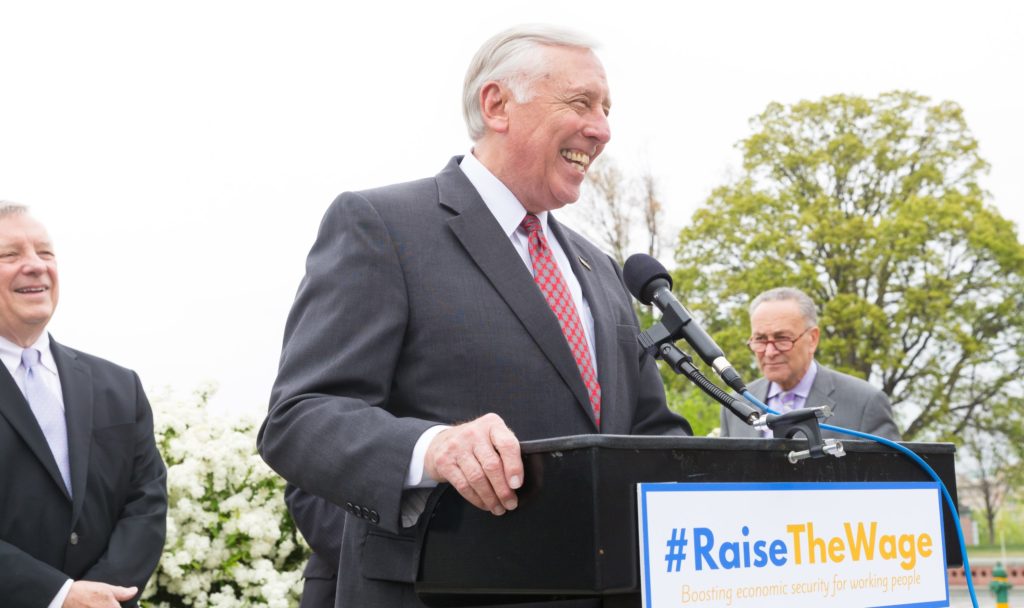 Congressman Steny Hoyer, the Democrats’ minority whip, recently blasted House Republicans for not being sufficiently “bipartisan,” Roll Call reports. More interesting than Hoyer’s specific complaints about Republicans is his criticism of Ayn Rand, whom he blames for the Republicans’ unwillingness to compromise:

“Atlas Shrugged,” the Ayn Rand novel that Paul Ryan often cites as inspiration for the ideology he and many other House Republicans share, says this about compromise, and I quote, “There are two sides to every issue; one is right, and the other is wrong, but the middle is always evil.” Compromise is not evil.

To begin, although Ryan apparently agrees with Rand on some points and says he draws inspiration from her works, he does not share her ideology (a fact he recognizes). Among other differences, whereas Rand was an atheist capitalist who repudiated the welfare state, Ryan is a religious conservative who endorses the welfare state. That much is obvious to anyone who knows anything of Rand’s and Ryan’s respective philosophies.

Less obvious to many, and more to the point of Hoyer’s remarks, is what Rand said about compromise, and why she was right about it.

Hoyer, unlike many of Rand’s critics, at least quotes Rand’s actual words in seeking to make his point. Unfortunately, he does not provide sufficient context for Rand’s view on the matter and therefore substantially distorts it.

Here is the fuller quote, from Atlas Shrugged:

In her essay “Doesn’t Life Require Compromise?” (in The Virtue of Selfishness), Rand distinguishes between the proper and the improper sort of compromise: “It is only in regard to concretes or particulars, implementing a mutually accepted basic principle, that one may [properly] compromise.” The improper type of compromise, by contrast, involves “the betrayal of one’s principles.”

In the same essay (written in 1962), Rand offers a warning about government:

There can be no compromise between freedom and government controls; to accept “just a few controls” is to surrender the principle of inalienable individual rights and to substitute for it the principle of the government’s unlimited, arbitrary power, thus delivering oneself into gradual enslavement. As an example of this process, observe the present domestic policy of the United States.

Given the recent and ongoing expansion of government controls over the economy and Americans’ lives, Americans would do well to heed Rand’s warning and to understand the difference between legitimate and illegitimate compromise—and to reject the latter across the board. Toward that end, it surely would be helpful if people who try to convey Rand’s views would convey them correctly.

Government Should Not “Determine Everything” about Education; It Should Determine Nothing about It
The Banality of a Leftist: Thomas Piketty
Return to Top

2 Responses to Steny Hoyer Is Wrong about Compromise, Ayn Rand Is Right