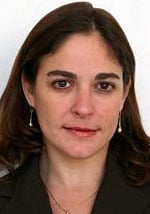 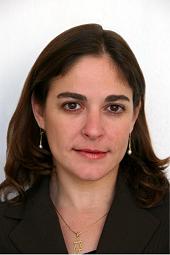 A huge explosion recently rocked an area thirty kilometers southeast of Tehran, near Iran’s Parchin military base, “where Israel and the International Atomic Energy Agency suspect the Islamic Republic is attempting to develop a nuclear explosive device,” reports the Jerusalem Post.

Although the cause of the explosion remains a mystery, Israel’s Mossad naturally comes to mind as a possibility. But as Caroline Glick writes:

If the Parchin bombing was carried out by Israel, it must be seen as but another strike in Israel’s purported—and if it exists, meandering—campaign to destroy Iran’s capacity to develop nuclear weapons. At the desultory rate Israel’s assumed campaign is progressing, we can have little confidence that through bombing alone, Israel will be able to prevent Iran from acquiring nuclear weapons in the near future.

One of the main reasons that Israel’s purported strikes in Iran have been so lethargic is because the US opposes them. As we have seen in recent years, the Obama administration has been a sieve of information to the media about Israel’s alleged covert strikes in Iran. To successfully neutralize Iran’s nuclear facilities through acts of sabotage, Israel needs to hide its effort from the US as well as Iran. [Let that appalling truth soak in for a moment. —CB]

In light of these constraints, Israel should consider expanding the goal of its policy towards Iran from merely debilitating Iran’s nuclear project to ending it entirely by overthrowing the regime.

How so? If Israel is unwilling to debilitate Iran’s nuclear facilities, how might it be willing to eliminate the Iranian regime?

The answer is, by taking advantage of a second golden opportunity to help freedom-seeking Iranians overthrow the rights-violating regime.

The first such opportunity was in 2009, when the Green Movement arose and sought to reform or overthrow the regime, which had rigged the presidential “election” in order to keep Ahmadinejad in place. The Obama administration, of course, provided the Green Movement with zero moral support. Unfortunately, Israel also failed to provide the movement with support, and, after the Iranian regime murdered and jailed a sufficient number of the Greens, the movement fizzled.

The new opportunity, Glick explains, has been laid out by Dr. Michael Ledeen, who has followed events in Iran closely since the 1980s, when he served in the Reagan administration. According to Ledeen, substantial opposition forces persist in Iran, and, with sufficient support, they could overthrow the regime.

Today, with Khamenei reportedly seriously ill, the widespread assessment is that Iran is already in the throes of a succession crisis. As Ledeen sees it, radical ayatollahs are vying with the IRGC and Khamenei’s family to succeed him. President Hassan Rouhani is also seeking to ascend to Khamenei’s all powerful throne.

At the same time as Iran enters into this period of political uncertainty, the regime itself is less popular than ever.

The reason for the regime’s declining popularity is, in part, that the purportedly “moderate” Rouhani has rained even more theocratic tyranny on the Iranian people than did Ahmadinejad. Since Rouhani took office, writes Glick, “repression, not freedom has expanded.”

Over the past year, the number of regime executions and mass arrests has skyrocketed. So too, the number of Iranian political prisoners subjected to torture has risen. Despite Rouhani’s promise to free them, Mousavi and Karroubi, who were placed under house arrest in 2011, have not been freed.

But the most significant aspect of this new opportunity involves recent developments regarding the controversial Ayatollah Hossein Kazemeyni Boroujerdi, who reportedly will soon be executed by the Iranian regime for the crime of calling for separation of mosque and state. Glick elaborates:

Boroujerdi is serving his eighth year of an 11-year prison sentence for rejecting the religious legitimacy of the regime and demanding, in keeping with Shi’ite jurisprudence, its overthrow and replacement with a democracy in which mosque is separated from state.

Boroujerdi enjoys massive support in Iran. His bravery in the face of regime repression is breathtaking. Since his arrest, Boroujerdi has been subjected to barbaric torture. And yet, rather than repent his ways, as the regime demands, he has smuggled letters to the world outside his prison exposing the dismal state of human rights in . . . Iran, and the heresy at the heart of the regime.

So, here is yet another golden opportunity for the United States and Israel to help foment a pro-freedom (or at least anti-theocracy) revolution in Iran that could end our shared number-one enemy and the enemy of all freedom-loving Iranians: the Iranian theocracy. Boroujerdi’s popularity and predicament amount to a powder keg that needs only to be ignited.

Americans and Israelis should openly and loudly encourage the Iranian people to oust the theocratic regime and replace it with a secular, rights-respecting republic—a republic in which men who teach of the vital importance of separating mosque and state are revered as heroes, not executed as infidels. We should let the Iranian people know that they have not only a moral right but also a moral obligation to themselves and to their children to free themselves from this religious tyranny and to join the civilized world. And we should let them know that we look forward to the day—hopefully in the near future—when we can trade with each other, visit each other’s countries, enjoy each other’s cultures, and live as brothers in peace.

We should also demand of our respective governments that they not only encourage the revolution, but also provide at least communications technology (if not also weaponry) to any Iranian opposition groups that can demonstrate that they are truly committed to establishing a secular, rights-respecting republic in Iran.

Of course, there is no chance that the Obama administration will do anything of the sort. But Americans should nevertheless contact their congressional representatives and demand that they openly call on the president to encourage and support Iranians who seek to overthrow the Islamic theocracy and to replace it with something on the order of a free republic.

Any show of American support for freedom-seeking Iranians will provide some measure of spiritual fuel for the revolution. And every drop counts. We Americans can contact our representatives quickly and easily here.

A Thirty-Year War—If Americans Will Have It
Colorado Judge: Today’s “Tom Paine’s Pamphlet” Is Protected Speech
Return to Top