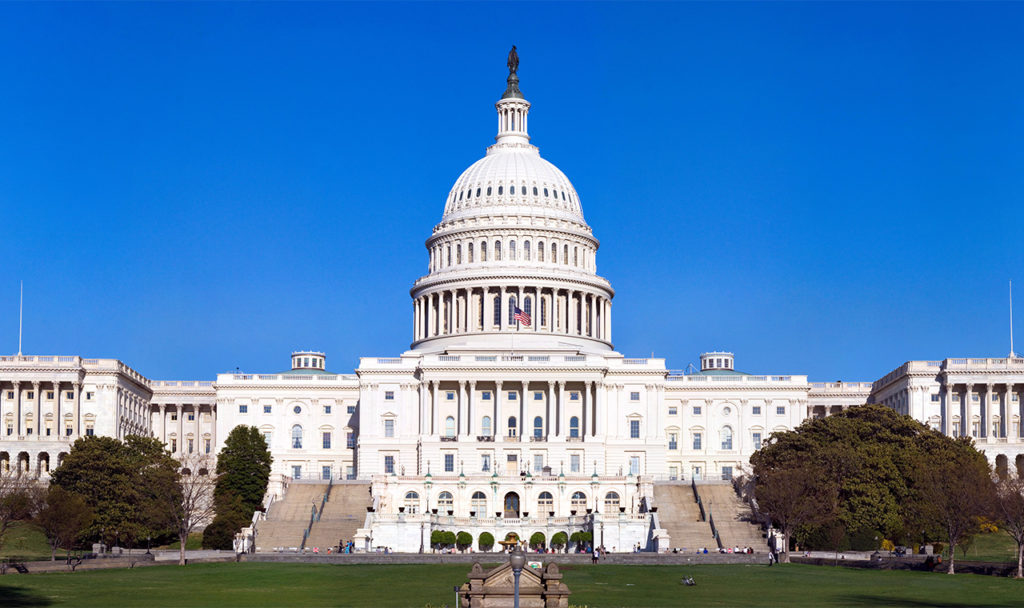 Some advocates of capitalism dismiss the entire left-right political spectrum, saying that both left and right are statist and that capitalists should reject this spectrum and speak in terms of individualism vs. collectivism or freedom vs. force.

They are half right.

Indeed, we should speak in terms of individualism vs. collectivism and freedom vs. force. We should also speak in terms of capitalism vs. statism, egoism vs. altruism, honesty vs. dishonesty, reason vs. mysticism, and various other opposites. Such pairs identify and differentiate concepts that are essential to clear thinking and effective communication.

But the idea that the entire left-right political spectrum is statist is not merely wrong; it is disastrously wrong.

Although the terms originated in 18th-century France (where they referred to seating arrangements of legislators), “left” and “right” in America have come to represent the basic sides of our political debates. Boiled down to essentials, “left” refers to advocates of statism, “right” to advocates of capitalism, and the middle area to advocates of mixed ideologies and systems. (For elaboration, see “Political ‘Left’ and ‘Right’ Properly Defined.”)1

The problem is that few people think in terms of essentials. And many treat the term “right” not only as representing capitalism, but also as representing ideologies such as conservatism, fascism, and nationalism. This is an instance of what Ayn Rand called the fallacy of package-dealing, which consists in conceptually packaging together things that are essentially different and thus logically do not belong together.

It makes no sense to package capitalism with those other ideologies because capitalism is fundamentally different. Whereas capitalism holds that the individual’s life belongs to him and that government must protect his rights and leave him fully free to act in accordance with his own judgment, the other ideologies hold that the individual’s life belongs to the state and that the state may force him to act against his judgment for an alleged “greater good”—whether the will of “God” (conservatism), or some racial or economic group (fascism), or the nation (nationalism), or some mixture thereof. (For more on such differences, see “Capitalism and the Moral High Ground.”)2

This package-deal is a serious problem for advocates of capitalism because it blurs the distinction between capitalism and statism. The solution, however, is not to label the right as “statist,” but to define the relevant terms objectively—as when addressing other such package-deals.

For instance, although many people hold the term “selfishness” as a package-deal—combining genuine self-interest with personal subjectivism, hedonism, and predation—advocates of rational philosophy do not therefore label selfishness as “whim worship.” Rather, we unpack the chaotic mixture, separate the elements that logically don’t belong together, and define the term by reference to its essential, distinguishing characteristic (i.e., rational, non-sacrificial pursuit of one’s life-serving values). We do the same with package-deals such as “altruism,” “sacrifice,” and “capitalism.” And if we care about clarity in political discourse, we must do the same with political “right.”

Although “left” and “right” are not the only terms that can be used to name the opposing sides of the spectrum, they are the terms that Americans by and large have adopted for this purpose. These terms are used by practically everyone who engages in political discourse (including those who claim we should reject the terms).

Of course, nothing is wrong with using the terms capitalism and statism or freedom and force instead of right and left. Indeed, the former are better in many contexts. But to claim that the whole left-right spectrum is statist is to do a serious disservice to the cause of capitalism.

This disservice is essentially the same as claiming that communism and fascism are on opposite ends of the political spectrum. As Ayn Rand points out, the consequences of such misconceptions are dire:

To assert that both the left and the right are statist is to leave no place on the spectrum for a system that is not statist. It is to put capitalism out of sight and out of mind. It is to create the illusion that our only political alternatives are one form of statism or another.

Who benefits from that?

If, on the other hand, we define the political left and right in terms of fundamentals, with the left representing rights-violating systems (i.e., statism) and the right representing rights-protecting systems (capitalism), then we can see and use—and help others to see and use—the spectrum as the clarifying cognitive and communicative tool that it is and ought to be.

Leftists, of course, do not want people to possess such a tool. They don’t want people to discuss political matters in terms of clearly and openly defined principles. Leftists loathe such forthright language because they sense what Ayn Rand stated explicitly:

The left’s modus operandi is to use vague terminology because it works to their advantage. A vague, ill-defined political spectrum enables them to maintain the fiction that our alternatives are one form of statism or another. A clear, rationally defined spectrum exposes that myth and works to the advantage of capitalism.

As someone once said, “Definitions are the guardians of rationality, the first line of defense against the chaos of mental disintegration.”5 That is true. But definitions can guard rationality only if we put them to work.