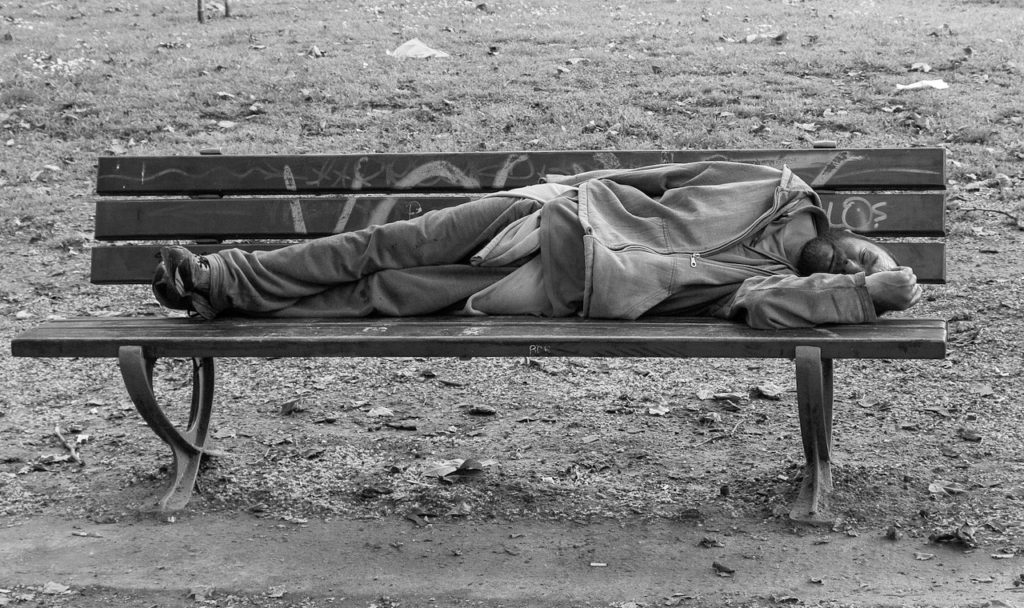 Author’s note: The following is a section from chapter 6, “A Civilized Society: The Necessary Conditions,” in my book Loving Life: The Morality of Self-Interest and the Facts that Support It. This section comes after I’ve shown how the principle of individual rights is derived from observation and logic, how pure (laissez-faire) capitalism protects rights by banning physical force from social relationships, and how a capitalist legal system adjudicates disputes by reference to objective, rights-protecting laws. —CB

But, one might ask, what about the poor, the disabled, and the helpless? How do they fare under laissez-faire?

To answer this question, we must bear in mind that very few people are genuinely helpless or unable to support themselves; the great majority of people are capable of acting as their life requires. And if a person chooses to live and is capable of supporting himself, he has a moral responsibility to do so; if he refuses to support himself and, instead, steals, begs, or seeks handouts, he is acting parasitically and immorally.

With this in mind, let us consider the position of the poor, the disabled, and the helpless in a truly capitalist system. But we must take them one at a time, for they are not necessarily one and the same.

As to the poor: Capitalism leaves each individual free to think, work, and make as much money as he is willing and able to earn. No other social system on earth does this. In a capitalist society, if a poor person wants to work his way out of poverty—as countless poor people have done—he is fully free to do so. Of course, if he doesn’t want to, he doesn’t have to; the choice is his to make, and no one can force him one way or the other.

Some people are not concerned with being wealthy, but this does not make them immoral. While an artist or a gardener might be financially poor, he is not by that fact less moral than a CEO or an athlete who is financially rich. A person’s monetary wealth does not determine his moral status. His choices and actions do: Are they rational or irrational—life-promoting or life-retarding, selfish or selfless, honest or dishonest? Morally speaking, that is what matters. If having more money is honestly important to a person, he should act accordingly by, for instance, seeking a higher-paying job, investing his money more wisely, or starting a business of his own. And capitalism not only leaves everyone—including the poor—completely free to do so; it also provides an ever-increasing flow of educational possibilities and moneymaking opportunities.

When disabled people are fully free to act on their judgment, there is usually something they can do to compensate for their shortcomings. And capitalism not only leaves them completely free to do so; it also makes available an ever-increasing flow of enabling technology.

Now, as to the helpless: It is crucial here to acknowledge that very few people actually fall into this extremely unfortunate category. At this point, we are talking only about people who are severely retarded, have a totally debilitating disease, or are injured to the extent that they are unable to support themselves by any means. What happens to such people in a laissez-faire society? Capitalism leaves each individual free to offer them as much charity as he is able and willing to offer. Once again, no other social system on earth does this. In a capitalist society, if a person has the means and the desire to assist the helpless—as many people do—he is fully free to do so. Of course, if he doesn’t have the means, he can’t offer them assistance. And whether he has the means or not, if he doesn’t want to, he doesn’t have to; the choice is his to make, and no one can force him one way or the other.

But, one might wonder, what if everyone’s rights are respected, yet no one wants to help the helpless.

As always, to address this concern we must observe the relevant facts. What the helpless need but cannot produce is life-serving values; that’s what makes them helpless. Such values can be produced only by able people; hence the term able. But able people can produce values only if they are free to act on the very thing that makes them able: their judgment. The basic social condition that makes human life possible is freedom—freedom from the initiation of physical force—the freedom of each individual to act on the judgment of his own mind.

Observe further that while in reality there are very few genuinely helpless people, when individual rights are respected there are plenty of people who are willing and able to help them. Look around: Do you ever see people working with the mentally retarded? Ask your friends: Would they ever donate money to help a poor child with leukemia? Ask yourself: Would you ever offer assistance to a victim of a devastating accident? Consider this: Even in the semi-free, mixed economy of the United States today—in which producers are heavily and immorally taxed—the amount of money voluntarily donated to charity is enormous; in 1999 alone, tax-strapped Americans gave over $190 billion to charity.1

But, one might suppose, isn’t that because people are partly altruistic and not fully selfish? Why would a true egoist ever want to help the helpless?

To be sure, a truly selfish person would not offer “help” to bums who are in fact not “helpless” but rather choose to be parasites. Only a fool or an altruist would do that. But to answer the question of why an egoist would ever want to help people who genuinely cannot support themselves, we need only consider the alternatives—of which there are two: A person can either help the helpless or not help them. So here is the question every egoist has to answer for himself. Which environment do I think is in my best interest: one in which genuinely helpless people suffer and die in the streets, or one in which I voluntarily contribute some small fraction of my time, effort, or money to give them a hand?

I certainly know which environment is in my best interest, and I imagine you know which is in yours. But this is something every individual has to decide for himself—and no one has a moral right to force him one way or the other. Fortunately, the decision does not require advanced mathematics; it merely requires genuine self-interest, reverence for human life, and basic logic.

Rational egoism, true egoism, does not say: “Be indifferent to other human beings” or “Don’t help people.” It says: “If one wants to live as a human being and achieve genuine happiness, one must observe reality; one must think; one must not accept contradictions; one must pursue one’s life-serving values; one must not surrender greater values for the sake of lesser ones; one must be honest; one must have integrity”; and so on. If a person thinks that helping certain other people is in his best interest, he should act accordingly. And capitalism not only leaves everyone completely free to do so; it also enables people to create enormous amounts of surplus wealth with which to do it.

When people are free to produce as much wealth as they are able and willing to produce—and free to do with their wealth whatever they choose to do with it—many people become very rich. Add to this the fact that truly self-interested people care about human life—they, after all, are the ones who recognize that it is the standard of moral value—and thus do not want other human beings to suffer and die needlessly, and we have a clear answer to the question, “What if no one wants to help the helpless?” The concern is simply unwarranted. The fact is that many people—including presumably the people who ask the question—do want to help the helpless. And in a truly capitalist society, no one would be allowed to stop them.

Craig Biddle is editor of The Objective Standard and author of Loving Life: The Morality of Self-Interest and the Facts that Support It; Understanding Rational Egoism; and the forthcoming Forbidden Fruit for Teens: Moral Truths Your Parents, Preachers, and Teachers Don’t Want You to Know. His book in progress is “Thinking in Principles.” Biddle also serves on the board of directors of the Prometheus Foundation.
View all posts by Craig Biddle →
Reason and Capitalism, or Unreason and Environmentalism: Choose Wisely
The Shapiro Principle: A Godsend for Lovers of Liberty
Return to Top