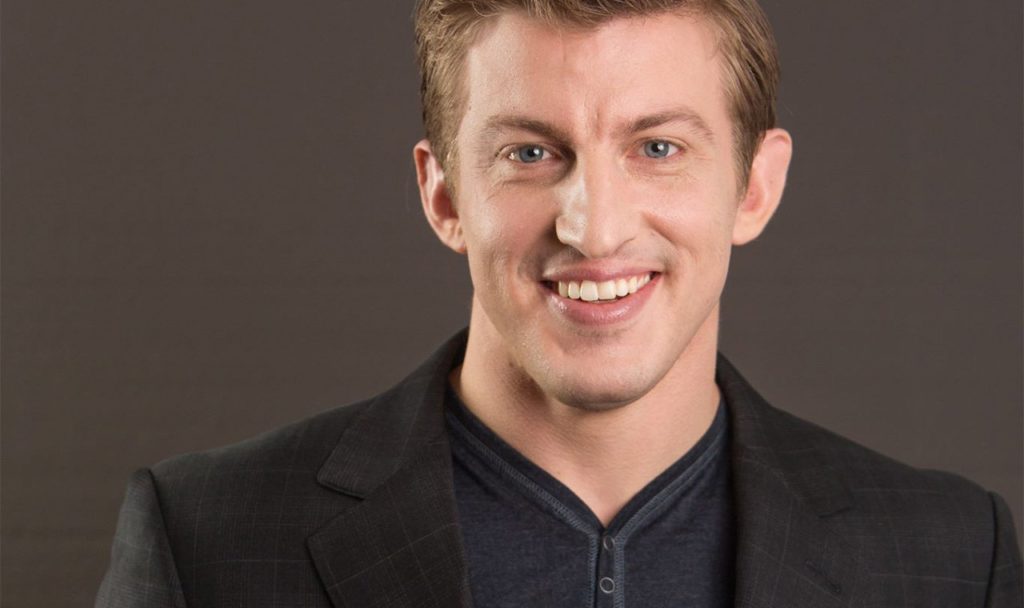 I caught up with human flourishing advocate Alex Epstein shortly after he previewed Al Gore’s new movie, An Inconvenient Sequel. Here is what Mr. Epstein had to say about the film. —Craig Biddle

Craig Biddle: Alex, welcome, and thanks for making time to chat with me again.

Alex Epstein: Thanks, Craig. I’m always happy to share my ideas with the TOS audience.

Biddle: Last time I interviewed you, we discussed your methods for improving the world. This time, alas, the subject is not so cheery.

Having written the best-selling book The Moral Case for Fossil Fuels, and having immersed yourself for several years in research about the benefits and risks of using these fuels, you are in a unique position to analyze Gore’s claims about the use of fossil fuels and the alleged catastrophes that will befall us if we don’t abandon them and embrace so-called renewables.

I’d like to hear your thoughts on both the content of Gore’s new movie and the methods he uses in making his assertions.

First, what are the central claims in An Inconvenient Sequel? And how do they relate to the claims in Gore’s first movie?

But if you look at these claims empirically, they are both false. If you ask, “What’s the actual percentage of solar and wind around the world?,” you see it’s still at 2 percent—an expensive and unreliable 2 percent. And if you look at how many climate-related deaths we have had from different things like drought and flood, we see actually those are at an all-time low.

Biddle: How does Gore support these claims—or feign support, as the case may be?

Epstein: The way Gore gets around the facts is that instead of showing his audience the relevant evidence—the global trends of energy usage and climate safety, he just uses a whole bunch of anecdotes—a story here about a solar farm and a story there about coastal flooding to make it look like the trends are in his favor, but never telling the audience explicitly, “This is the trend, and here’s the data to back that up.”

For example, he talks about this place, Georgetown, Texas, which claims to be 100 percent solar and wind, and the implication is that solar and wind are taking over the world.

Now in this case as in many, the anecdote is dishonest. If you look at the grid that Georgetown get its electricity from, it’s only 16 percent renewable—never mind that there are a bunch of gas-powered cars in the background of the Georgetown scenes. But an even more significant dishonesty is evading the global trend. Fossil fuels are the fastest growing source of power, and solar and wind are only marginally above providing zero percent of the world’s energy.

Let me give you one more example of this same point, this time on the question of climate safety. Gore will show a drought in Syria (and then make a whole bunch of bogus foreign policy connections, but leave that aside). What you’re led to think is that more people are dying from drought. But that’s completely untrue. Drought-related deaths in the past eighty years are down 99.98 percent. They are virtually nonexistent. Thanks to what? Thanks to industrial development. If we took away everyone’s fossil fuels, as Gore prefers, droughts would become a huge problem again.

But you wouldn’t know any of that from watching the film. You wouldn’t know that, thanks to fossil fuels, our climate has never been a safer place to live than it is today. Gore can’t look at the trends, so instead he has to use the anecdotes in a fundamentally misleading way.

The other major distortion is that Gore systematically only looks at (alleged) negatives of fossil fuels and only at the (alleged) positives of renewables. The film is deeply biased, and the core reason for the deep bias is that Gore doesn’t really care about the human benefits of using fossil fuels.

If you cared about human flourishing, you would want to look very carefully at the positives and negatives of fossil fuels and all of the alternatives so that you could make the best decision for human beings. But if you don’t care about maximizing human flourishing but instead are obsessed with minimizing human impact on the planet, then you’re going to automatically assume that if we transform the planet, it’s immoral and going to lead us into hell. You’re not going to seek out the whole picture. But having someone present them with the whole picture is what audiences need and deserve.

Biddle: For the purpose of condensation and retention, how would you label and/or analogize the top three or four sleights-of-hand that Gore uses? Do these fallacies have memorable names or parallels that might help people anchor this new knowledge and spot similar instances in the future?

Epstein: I would summarize Gore’s fallacies as:

An analogy I like to use when talking about fossil fuels is vaccines. Imagine if you made a documentary about vaccines and all you did was present anecdotes about kids who were vaccinated and contracted some disease or other terrible condition. And then you never talked about the kids who get sick after their parents don’t vaccinate them. And what if, on top of all of that, you weren’t on the side of the kids at all, but the side of the diseases?

That, in essence, is what Gore does for fossil fuels in An Inconvenient Sequel.

Biddle: As Al Gore and Michael Moore and other antihuman beings have shown, propaganda movies are mighty powerful media. Such vermin have reached and negatively affected a lot of people with their misinformation and dishonest methodologies. What movie or documentary would you like to see—or perhaps produce—toward setting the record straight on the subject of fossil fuels and human flourishing? What would be the theme? And what might be the title?

Epstein: The main thing I would like to see is a film that gave people the whole picture of fossil fuels—that looked carefully at the potential positives and any potential negatives. Anything else is biased propaganda designed to manipulate an audience.

In my book The Moral Case for Fossil Fuels I gave a pro-human, whole-picture assessment of fossil fuels, and a documentary that took that same approach could be hugely valuable, if it was done right.

Of course, you couldn’t do it exactly like I did it in the book. Film is a visual medium, it’s much more limited in terms of time, and there are a lot of challenges in terms of audience motivation that are different from text. That said, I would love to see The Moral Case for Fossil Fuels: The Documentary.

Biddle: Given the vital messages in your work—and given that many thousands of people have been positively and substantially moved by your book, lectures, interviews, and debates—have you considered launching a crowdfunding page to raise money for such a film? I’d contribute at least a thousand dollars in a heartbeat. And I suspect hundreds, if not thousands, of others would, too. Do you have any interest in such a project?

Epstein: This is a question I’ve thought a lot about as I’ve had several offers to make a documentary. I haven’t cracked it yet. But I have just started working on a “TV show” that would explore the proper relationship between man and the rest of nature. Who knows what will come of it, but I think there are a lot of concepts I can use video to clarify.

Biddle: I love the idea of a TV show on that subject. That’s both broader and deeper than the movie idea, and a series could provide much more time than a movie. Might it be a series? And can you say any more about the show at this point?

Epstein: I feel the need to emphasize that this is very early. But for what it’s worth, I like the idea of taking a fundamental framework and applying it to lots of interrelated issues. I often think of my framework as the Earth Enhancer framework and the opposite framework as the Earth Worshipper framework. I think the Earth is imperfect and needs to be continually upgraded to be fit for human flourishing; they think the Earth is perfect and needs to be continually protected from human impact. I want to show how the Earth Enhancer framework can illuminate and guide issues such as GMO, vaccines, development, and, of course, energy. And how the Earth Worshipper framework is making us take a primitive, antihuman approach to all of these areas.

Biddle: One last question. You recently spoke at Google about the moral case for fossil fuels. I suspect that was one of the brightest audiences you’ve had the pleasure of addressing and perhaps one of the least sympathetic. How did the talk go? What kind of engagement and feedback did you receive?

Epstein: The talk seemed to be very effective. Every questioner said I had clarified their thinking by giving a human flourishing-based framework.

For example, one questioner originally from China said, “I really agreed with your point, and it’s something I never heard during my whole time living in China,” and asked about the prospects for promoting the moral case for fossil fuels there.

The experience confirmed one of my fundamental beliefs: people who disagree with me are much more open to reason than most people suspect. I just have to make a really, really strong case. The talk can be found on YouTube.

Biddle: Well, making an extremely strong case is clearly your MO. Here’s to more engagements of that kind and to reaching many more minds with your profoundly important ideas.

Thank you for all you do to advance reason and freedom, my friend. Till the next time we meet.

In Defense of Editing
Isaac Morehouse on Praxis, Apprenticeships, and Creating Value
Return to Top