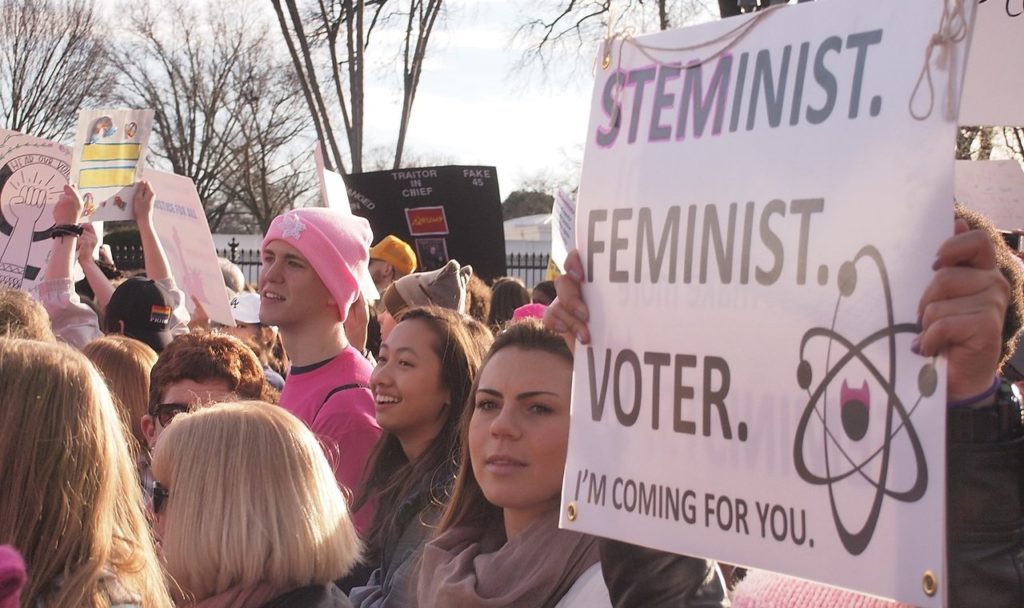 Last week, two political marches drew millions of people to the streets to protest two ostensibly different causes. The “March for Life,” held on Friday in Washington, D.C., is the largest annual “pro-life,” anti-abortion protest in the world, with the aim of fighting for the “right to life” of the unborn. And on Saturday, women took to the streets of cities across the country to reprise last year’s Women’s March, which began as a protest against the election of Donald Trump but has evolved to encompass a number of women’s causes, including abortion rights. Although both marches were allegedly in defense of rights, in reality both marches represented political causes antithetical to rights. This is because, in moral terms, both marches represent altruism on parade.

The organizers of and participants in the “March for Life” make no bones about their goals. Now in its forty-fifth iteration, the annual “March for Life” was initially a reaction to the Supreme Court’s 1973 Roe v. Wade decision legalizing abortion. The primary political objective of this march is, straightforwardly, to overturn that decision. As stated on the “March for Life” website, supporters hold that, even in cases of rape, incest, or endangerment to the woman’s life, decisions about the legality of abortions “must be made on a case-by-case basis, taking into consideration the total circumstances, and trying to save as many humans as possible.” Further, according to the “March for Life” website:

Although a pregnant mother and/or her preborn child may die, there is no justification in the law of God or man for the intentional killing of even one innocent born or preborn human in existence at fertilization. NO EXCEPTION! NO COMPROMISE! . . . No value distinction shall be made between the value of the life of one individual and of another.

In other words, with regard to rights, the “March for Lifers” see no difference between an actual, living, individuated woman and a biologically dependent, single-celled zygote—which is only a potential individual. Indeed, according to the movement’s leaders, protecting the “rights” of “preborn humans” is the “duty and responsibility of each human being and of society.”1

Why must women sacrifice their careers, their ambitions, and even their lives for a fetus or zygote? The answer, according to the “March for Lifers” is: “Love”—by which they mean “self-sacrifice.”

The theme of this year’s “March for Life” was “Love Saves Lives.” On their website, organizers describe the theme as follows:

Choosing life is not always easy, but it is the loving, empowering, and self-sacrificial option. Love is universally attractive because it is directed towards others. Love is what we all strive for because deep-down we are all drawn to give of ourselves in this way. Love saves lives in countless ways.2

Beneath the sugarcoating, the “March for Life” is about human sacrifice—in particular the sacrifice of individual women for the sake of fetuses or zygotes. This is the ethics of altruism laid bare. It is the notion that moral action is self-sacrificial action. And it involves the political corollary that if women refuse to sacrifice for “others”—in this case, the unborn—they must be forced to do so.

Although abortion rights are part of the Women’s March agenda, much more is involved here—and much of it is driven by the notion that human sacrifice is moral.

This movement argues, among other things, that “women have intersecting identities and are therefore impacted by a multitude of social justice and human rights issues.” This so-called theory of “intersectionality” holds that “inequalities” experienced by women, gays, minorities, immigrants, the disabled, workers, poor people—or any other “identity group”—are “overlapping” and “interconnected.” Consequently, movement participants find some degree of spiritual kinship with a wide variety of causes—some of which do call for the protection of rights. But here we are dealing with a series of contradictory ideas—a mixture of rights-protecting and rights-violating policies.

In other words, the Women’s March is not consistently about so-called women’s issues or equality before the law or the protection of individual rights. Rather, it is substantially about securing “free” abortions, “free” health care, “free” child care, and the like—at the expense of those forced to pay for such things. In short, it is substantially about sacrifice—the sacrifice of some people for the alleged sake of others.

Anyone genuinely concerned with human life and women’s rights should eschew such marches and instead spend some time learning about or advancing an objective conception of rights and the genuinely free society it supports and mandates.

Ryan Puzycki is a former Wall Street analyst and private education executive. He holds an MBA from the Stern School of Business at New York University. He lives and writes in San Francisco.
View all posts by Ryan Puzycki →
TOS-Con 2018—Registration and Early-Bird Discounts
RooseveltCare: How Social Security Is Sabotaging the Land of Self-Reliance by Don Watkins