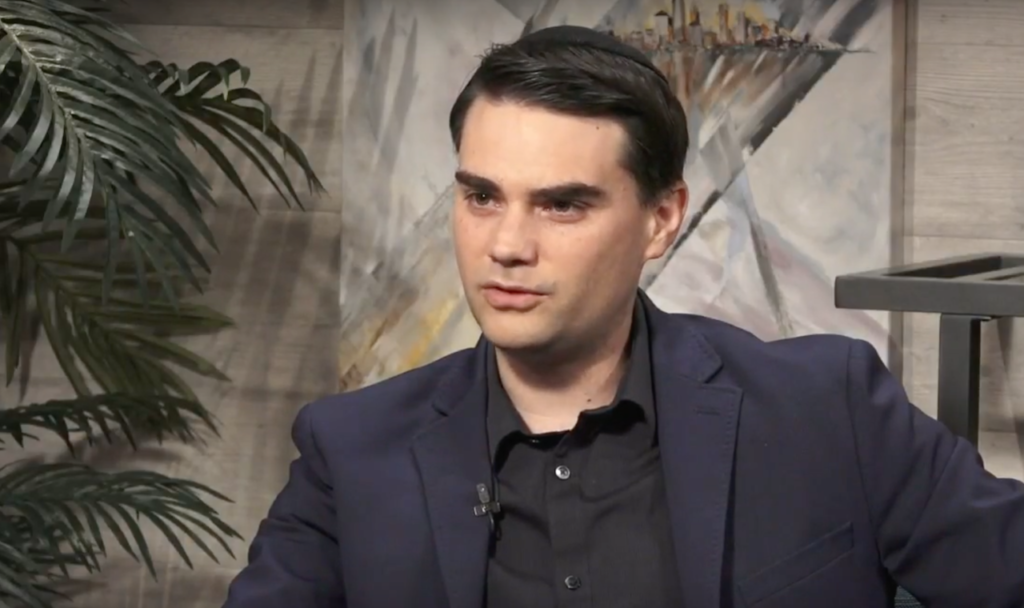 In his recent interview with Dave Rubin, Ben Shapiro suggests that rational self-interest is just another name for hedonism.1 But that makes no sense. And Shapiro should (and likely does) know better.

Having been asked by Rubin whether he has any thoughts on Ayn Rand and Objectivism, Shapiro says that there are “very few expositors of capitalism who I think are better than Ayn Rand.” But, he continues, “as far as her life philosophy, and her relationship philosophy, I think that’s pretty garbage. I don’t think Objectivism applies in personal relationships.”

Shapiro goes on to say that the way Objectivists “get around” the idea that it’s in your self-interest to “abandon your wife and your children because there’s a hot chick at the bar” is by “redefin[ing] their terminology” and claiming that such behavior is not in one’s rational self-interest.

The president’s been married three times, each time to a younger, hotter model. So I have less faith in human nature than to believe that the reason I stick with my wife and kids is because it always makes me happy. There’s plenty of times when I’m with a screaming child in the middle of the night, when what would best serve my interests is to thrust the child on my wife and go drinking.

I doubt Shapiro truly thinks that it is in his best interest to thrust his screaming child on his wife and go drinking. If he does think that, then honesty would require him to convey such “wisdom” to his children. Would Shapiro do that? Well, he justly chastises Sam Harris for suggesting that parents should lie to their children about whether they have free will (Harris says free will is an “illusion” but advocates telling children that they have it).2 So I suspect Shapiro would not lie to his children about what he thinks is in a person’s self-interest.

The fact is that Shapiro (like all thinking parents and adults) knows full well that such behavior is not in one’s best interest. Why then does he pretend that he thinks it is? I can only speculate here. But I think it’s because, ironically, the coiner of the slogan “Facts don’t care about your feelings” is treating his feelings as more important than facts.

Rational self-interest or rational egoism—as the term “rational” clearly suggests—is the policy of acting consistently in accordance with the full context of relevant facts. It’s the policy of acting on your best judgment with respect to the long-range and wide-range requirements of your life and happiness given the kind of being that you in fact are. It is not the policy of acting in whatever manner happens to give you pleasure at the moment. That latter policy, as Shapiro surely knows, is not called rational self-interest or rational egoism. Rather, it is called hedonism (“hedone” is Latin for “pleasure”).

As I wrote in Loving Life: The Morality of Self-Interest and the Facts that Support It, it is crucial to distinguish rational egoism from hedonism.

Rational egoism . . . does not hold “pleasure” or “feelings” as the standard of value. It holds life as the standard of value—and happiness as the moral purpose of life. Many actions that might “please” a person or make him “feel” good for the moment do not actually promote his life, and thus are not actually in his best interest. For instance, a salesman might feel like snoozing the alarm one morning, but if it means missing an important meeting or losing a key customer, then it is not in his best interest. Likewise, a ballerina might get pleasure from eating lots of cake and ice cream, but if it means putting on weight that will ruin her career, then it is not good for her life. And a married man might feel like sleeping with another woman, but if it is going to destroy his integrity, his self-respect, and his marriage, then it is not going to make him happy. A person who allows himself to be guided by his feelings is not being selfish. He is being unselfish.

Every thinking adult knows that the mere fact that one wants to do something does not necessarily mean it is in one’s best interest to do it. This is why neither hedonism nor personal subjectivism is egoistic: Both advocate action guided by sheer desire—a policy that, far from advancing one’s life, is guaranteed to destroy it. If one wants to live and achieve happiness, one has to be genuinely egoistic; one has to act in a life-promoting manner. . . .

We are not simple creatures; we are complex beings of body and mind—matter and spirit—whose values pertain to both aspects of this integrated whole. Nor do we live for just a moment or a day; human life is an ongoing process spanning years and decades. Thus, living properly (being moral) consists in pursuing life-serving values not sporadically or occasionally, but regularly and consistently—as a matter of principle.

In order to do so, we need both long-range and wide-range guidance: long-range guidance to account for the span of our lifetime, and wide-range guidance to account for the broad spectrum of our needs. To determine whether an action is good or bad, helpful or harmful to our life, we have to project both the physical and the psychological consequences—and not only with regard to the present, but also with regard to the more distant future. Our means of doing so are moral principles—principles grounded in the dual fact that human life is the standard of moral value and personal happiness is the moral purpose of one’s life.3

Such crucial distinctions are not difficult for someone of Shapiro’s intellectual caliber to grasp—unless, of course, he treats his feelings as more important than facts.

Hopefully Shapiro will reconsider his position, check his premises, and live up to his principle that facts matter more than feelings. If he does, he will come to see that Rand’s philosophy is not “pretty garbage” but a proverbial godsend.

Craig Biddle is editor of The Objective Standard and author of Loving Life: The Morality of Self-Interest and the Facts that Support It; Understanding Rational Egoism; and the forthcoming Forbidden Fruit for Teens: Moral Truths Your Parents, Preachers, and Teachers Don’t Want You to Know. His book in progress is “Thinking in Principles.” Biddle also serves on the board of directors of the Prometheus Foundation.
View all posts by Craig Biddle →
Craig Biddle Live: Meaning and Morality in a Godless Universe
TOS-Con Terms and Conditions