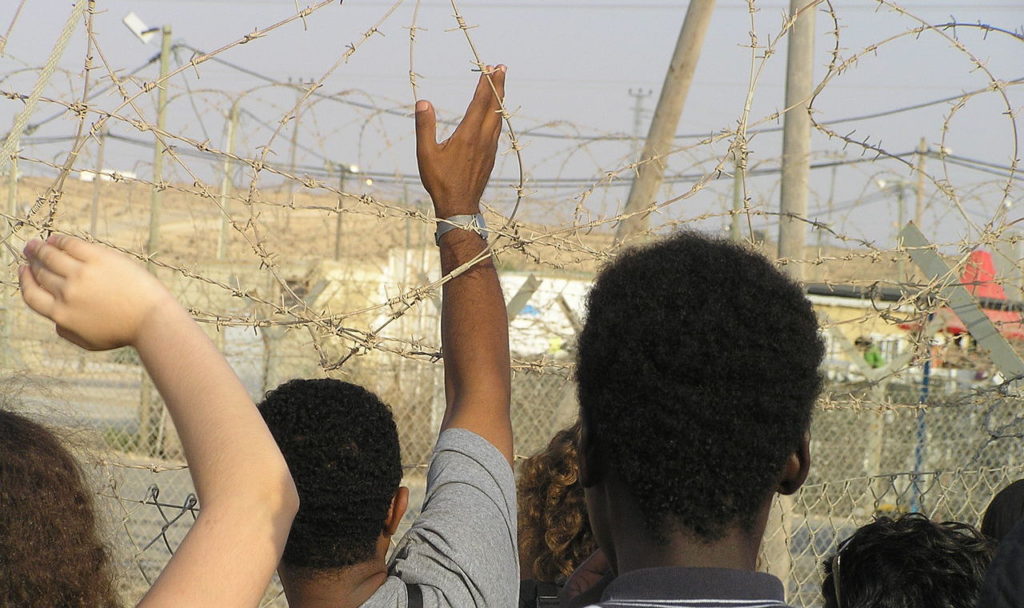 Although many countries may aptly be described as “shitholes” for being socialist, theocratic, anarchic, or the like, disparaging or maligning people who flee such holes to create a better life for themselves in America is grossly unjust and un-American.

A person who seeks to escape from a nightmare country in pursuit of the American dream deserves not scorn or disparagement but praise and encouragement. Such an effort is a sign of moral virtue. Specifically, it’s a sign of pride—the quality of character Aristotle called “the crown of the virtues” and Ayn Rand described as “moral ambitiousness.”1

Tyler Cowen points out some related truths in the realm of economics. In his article “Africa Is Sending Us Its Best and Brightest,” Cowen explains why people who immigrate to America from wretched countries, such as several in Africa, tend to be or to become relatively well educated and successful.3 The operative principle here, writes Cowen, is that “the harder it is to get from one country to another, the more the immigration process selects for individuals who are especially ambitious and resourceful.” There’s that concept of “ambitiousness” again. And here it’s coupled with resourcefulness. Something good has to come of that.

Using a thought experiment borrowed from economist Edward Lazear, Cowen shows a crucial implication of this principle with regard to immigrants’ levels of education: “Consider immigrants to the U.S. from Algeria, Israel and Japan, and rank them in order of most educated to least educated.” (Take a moment to rank them as you see fit, then continue.)

The correct ranking, writes Cowen, “is Algeria, Israel then Japan.”

Although that’s counterintuitive at first glance, it’s easy enough to see how it works. If you are Algerian and educated, or aspire to be educated, your prospects in Algeria are relatively poor and you may seek to leave. A talented, educated person in Japan or Israel can do just fine by staying at home.

Once you grasp the logic, it seems obvious. Ambitious and resourceful people seek opportunities to improve their lives. If they can’t thrive where they are, they immigrate to where they can (or at least they try). And those who exercise ambition and resourcefulness to come to America tend to continue practicing these virtues once they’re here. They do their best to think, learn, produce, trade, and thrive.

This principle helps to explain why immigrants (or children thereof) who have come to America from wretched countries around the world have created myriad tech companies and Fortune 500 companies as well as countless other successful businesses.4 Further, as Cowen points out, it helps to explain factors such as African immigrants’ above-average rates of graduation from college, above-average rates of participation in the labor force, below-average rates of violent crime, and more. (Read Cowen’s enlightening article here.)5

People who immigrate to America from wretched countries to pursue the American dream are ambitious, resourceful, proud. In other words, they’re precisely the kind of people Americans ought to welcome as fellow Americans.

This is a moral and economic fact. Americans should embrace it.

Craig Biddle is editor of The Objective Standard and author of Loving Life: The Morality of Self-Interest and the Facts that Support It; Understanding Rational Egoism; and the forthcoming Forbidden Fruit for Teens: Moral Truths Your Parents, Preachers, and Teachers Don’t Want You to Know. His book in progress is “Thinking in Principles.” Biddle also serves on the board of directors of the Prometheus Foundation.
View all posts by Craig Biddle →
TOS-Con Terms and Conditions
TOS-Con 2018—Registration and Early-Bird Discounts

5 Cowen, “Africa Is Sending Us Its Best and Brightest.”