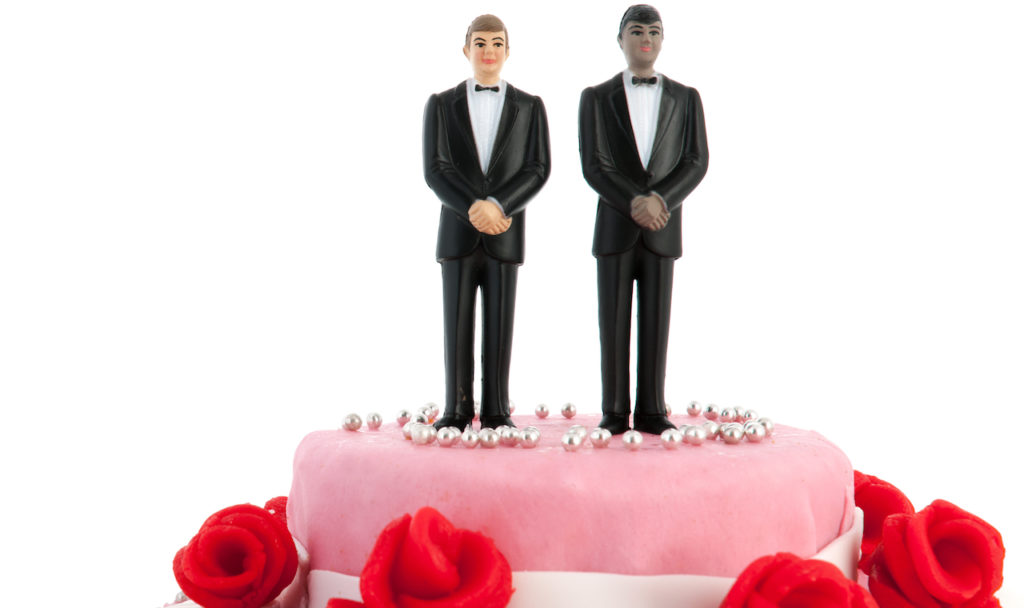 Later this year, the U.S. Supreme Court will issue its ruling1 in Masterpiece Cakeshop v. Colorado Civil Rights Commission.2 At issue is whether the proprietor of a bakeshop should be compelled to bake a cake for a gay couple in violation of his religious beliefs. The broader question is: Does a business have a right to discriminate based on its owner’s personal values? In other words, do individuals who own businesses have aright to exercise their own judgment when doing business?

This case is, in essence, about the First Amendment rights to freedom of religion and freedom of speech. And, within that framework, it’s about whether we should accept a double standard in which certain—generally leftist—points of view are considered acceptable speech but others—basically, anything else—are not.

I was reminded of this case when I attended a free speech panel held by the UC Berkeley College Republicans and sponsored by the Ayn Rand Institute (ARI).3 The panel included Steve Simpson of ARI and Heather Mac Donald of the Manhattan Institute and was moderated by Dave Rubin of the Rubin Report. The participants covered a wide range of free speech-related issues, but I was struck in particular by an argument Simpson made about the role of private property with respect to free speech. He argued that one’s right to free speech ends where someone else’s property begins. That is, your right to speak is absolute on your own property (or public property) but not anywhere else.

When viewed in the light of this principle, groups such as Antifa and Occupy Wall Street violate individual rights by invading other people’s property under the banner of “free speech.” Likewise, in light of this principle, companies such as Google are within their rights to fire an employee such as James Damore for expressing views contrary to their corporate values. (Damore has launched a class-action lawsuit against Google accusing the tech company of discriminating against conservatives, among others.)4

In college, I found myself in a situation similar to Damore’s when I applied for a part-time job at a small marketing company in Brookline, Massachusetts. When I showed up for the interview, I sat down with the manager to discuss my résumé. We had barely started talking when she saw that I had interned for a recent Republican gubernatorial campaign. “I don’t think we can hire a Republican here,” she said. I was surprised, shocked even, and didn’t know what to say other than, “Thanks, anyway.” We shook hands, I left a little stunned, and that was it. I found part-time work elsewhere.

The experience illustrated two things for me. One, an employer must discriminate when hiring potential employees—usually along the lines of competence, aptitude, and fitness for the work in question. But I also understood that she had a right to discriminate against me for any reason. Maybe she didn’t like my suit or school or her first impression of me. Maybe she didn’t like my skin color, my ethnicity, or my ideas. Although I—and any person with self-esteem—would prefer to be judged based on objective criteria such as competence, aptitude, and the like, I did not deny that manager’s right to make employment decisions based on other criteria, even political ones. At the end of the day, it was her company, her job to offer, her property—not mine.

And that leads to the second point this episode illustrates: Employment is a two-way street. Why would I want to work for an employer who would disqualify a candidate for employment without considering his competence, aptitude, or fitness for the position? I wouldn’t.

I also wouldn’t want to buy a wedding cake from someone who believes I don’t have a right to get “gay married.” Indeed, when my husband and I got married, we interviewed hotel staff, photographers, DJs, and florists to ensure that we were working with people who supported our right to marry and who were happy to have our business.

In fact, the only discrimination we encountered was from the federal government, which delayed our marriage. By the time section three of DOMA was declared unconstitutional in 2013, my now husband and I had been in a committed relationship for six years.5 Before that, a number of states recognized gay marriage, but we wanted to enter into a marriage contract that would be recognized and enforced by all fifty states and by the federal government, just like any straight marriage. We had to wait another two years for the Supreme Court’s 2015 decision in Obergefell v. Hodges. Shortly thereafter, and eight years into our relationship, we announced our engagement.

The rights of gay people, violated so long by the government, are not violated when a private individual or business chooses not to serve us. If we are to have freedom of conscience, freedom of religion, freedom of thought, individuals must have the right to exercise their beliefs on their own property and in their own businesses—even if that means denying service to individuals whose lifestyles they oppose. Likewise, individuals must be free to choose which businesses to engage with as customers or employers—and for the same reasons.

But that is not how the left sees it. The left wants to have its cake and eat it, too. They embrace a double standard in which only leftists (e.g., management at Google) may exercise their speech and property rights, whereas those with conservative, libertarian, or other views must not only be silenced but also forced to use their property as the left sees fit. This is a perversion of First Amendment rights and a violation of property rights.

The U.S. government, which finally corrected the historic injustice of states denying gays the right to marry, should not now commit a new injustice by denying the rights of bakers to use their property as they see fit. Bakers who make irrational decisions about how to use their property and whom to serve will suffer economic consequences, just as Google likely will suffer economic consequences for irrationally discriminating against conservatives. But neither should face any political consequences for exercising their rights to free thought, free speech, and private property.

Ryan Puzycki is a former Wall Street analyst and private education executive. He holds an MBA from the Stern School of Business at New York University. He lives and writes in San Francisco.
View all posts by Ryan Puzycki →
Hamilton’s Bank of New York Put the City Back in Business and the U.S. on the Map
Robert Reich’s Unoriginal Smear against Ayn Rand—and Its Silver Lining

5. Section three of the Defense of Marriage Act prevented the federal government from recognizing same-sex marriage for the purpose of federal laws or programs, even if those couples were considered legally married by their home state.