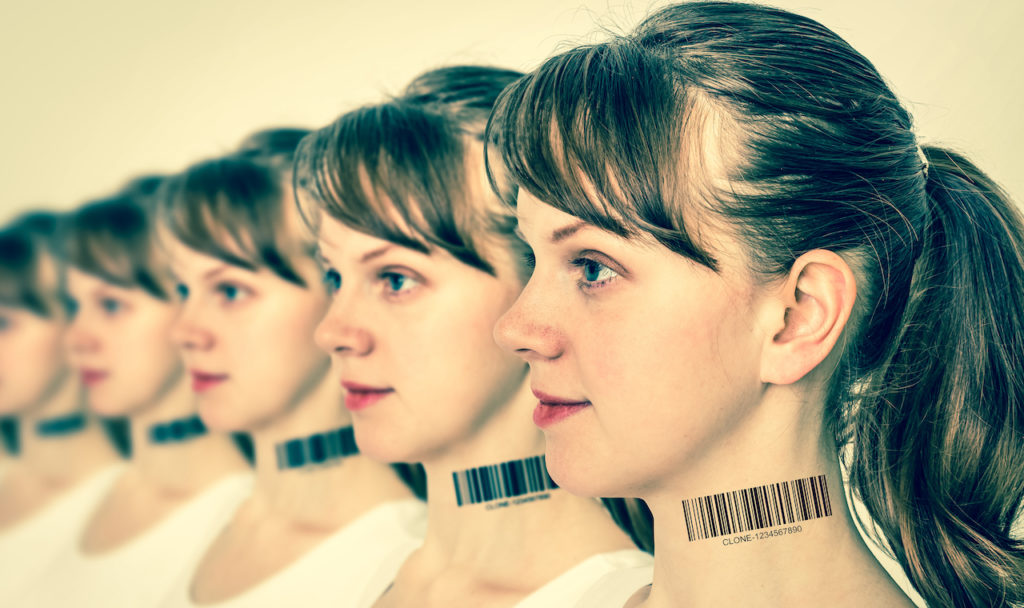 Identity politics is an assault on all things good.

This is because it is an assault on the most fundamental principle of all—the law of identity.

To see the breadth and depth of identity politics’s assault on the law of identity, we need only visit the websites of the Democratic and Republican parties.

The home page of the Democrats’ website says nothing of individuals or individual rights. Rather, it has the header “People,” under which we find a list of various collectives, each with its own link. And, as Mark Lilla observes in his book, The Once and Future Liberal: After Identity Politics, “each link takes you to a page tailored to appeal to a distinct group and identity: women, Hispanics, ‘ethnic Americans,’ the LGBT community, Native Americans, African-Americans, Asian-Americans and Pacific islanders,” and so on. “There are seventeen such groups, and seventeen separate messages.”1

The homepage of the Republicans’ website is no better. It includes such groupings as “Black Republican Activists,” “GOP Hispanics,” “RNC Women,” and “Asian Pacific Americans” (not to mention “GOP Faith,” a subject for another day).

According to today’s Democrats and Republicans, a person’s identity—who he is, how he thinks, what he values, what matters to him—is determined not by his choices and actions, but by the collective to which he supposedly “belongs.”

That’s the theory. That’s identity politics. That’s the notion that has taken over and consumed much of today’s political discourse.

And it patently contradicts all observable facts.

When we look at the world and the people in it, we see that people are individuals—each with his own body, his own mind, his own life. We observe that people choose either to think or not to make that effort. We know—by means of observation and logic—that when an individual thinks for himself rather than deferring to some group to which he supposedly belongs, his conclusions and values are his. They don’t belong to his group. They belong to him. They are not determined by his group. They are products of his own thinking and choosing.

Identity politics denies all of this. It denies the autonomy of the individual. It denies that he can think and value for himself. It says, in effect, “You are not an individual with your own body, your own mind, your own life. Rather, you are a cog in your collective—your gender, your race, your class. Thus, your collective determines what you think, what you value, and what you should do.”

Naturally, on this view, when people or politicians want to appeal to a person’s values or get his vote or the like, they appeal not to the values that a rational individual would have—values such as freedom to think and act on his own judgment, or better understanding of the problems in education or health care or the economy, or clarity on the causes of violence in certain neighborhoods. Instead, they appeal to the values that, in their view, he automatically has because of the group to which he belongs.

In my open letter to advocates of identity politics, I showed that the basic principle of this creed is, in essence, the same basic principle underlying National Socialism—the idea that people’s thoughts and values are determined not by their own choices and actions, but by their “kind”—meaning their race, class, sex, or the like.

But all of that is observationally false.

Granted, not everyone thinks for himself. Many people are second-handers. But even second-handers have their own brains and are capable of thinking for themselves. They are individuals with minds, regardless of whether they acknowledge the fact or engage their minds. And they are responsible for their thoughts, ideas, and values—even if they adopt them secondhand from others.

A person can think or act in a secondhanded manner. But he cannot think or act as anything but an individual person. The law of identity won’t let him.

People are individuals. It’s the law.

Craig Biddle is editor of The Objective Standard and author of Loving Life: The Morality of Self-Interest and the Facts that Support It; Understanding Rational Egoism; and the forthcoming Forbidden Fruit for Teens: Moral Truths Your Parents, Preachers, and Teachers Don’t Want You to Know. His book in progress is “Thinking in Principles.” Biddle also serves on the board of directors of the Prometheus Foundation.
View all posts by Craig Biddle →
Einstein’s Pivotal Letter to FDR
Implications of and Objections to Life as the Standard