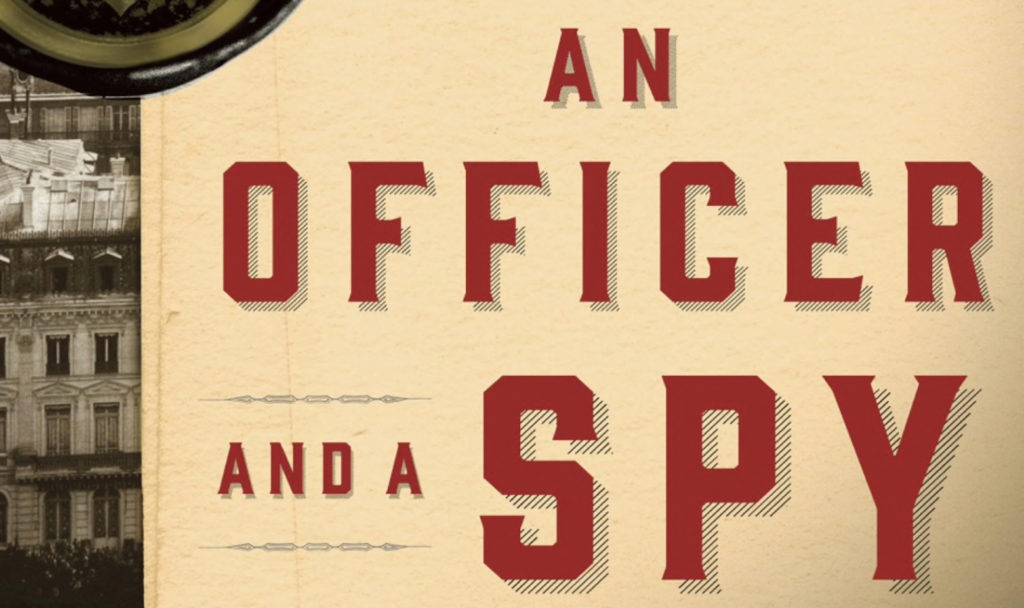 An Officer and a Spy, by Robert Harris, is a riveting fictionalization of the Dreyfus Affair—an espionage case that began in France at the end of the 19th century. Harris opens this award-winning book in Paris in 1895, during a period of widespread anti-Semitism throughout France. Captain Alfred Dreyfus, a Jewish officer in the French army, has just been convicted of treason for passing information to Germany. He is publicly stripped of his rank and transported to Devil’s Island—a former leper colony that has been converted into a prison for Dreyfus—where he is to serve a life sentence in isolation. The public, the army, and the court are against him. Yet a few people are committed to proving his innocence.

The story is written from the perspective of Major Georges Picquart, who is soon promoted to Colonel and given command of the Statistical Section, a French counter-intelligence unit. In his new position, Picquart gains access to correspondence between Dreyfus and his wife, the archives of the case, and a steady trickle of secret documents. Upon reviewing this information, he comes across a new item that indicates that a spy is still at large. Although the Dreyfus case has already been closed, Picquart questions both the outcome and the way it was conducted by his co-workers and superiors.

As Picquart continues to follow the evidence, several associates attempt to ignore or suppress it. Among them is a superior, General Gonse. Gonse encourages Picquart to investigate the new suspect, but he also tells him not to include evidence that would show Dreyfus’s innocence. Gonse asks Picquart, “After all, I know your views on the Chosen Race—really, when all is said and done, what does it matter to you if one Jew stays on Devil’s Island?” Picquart narrates, “It is as if he has leaned across his desk and offered me a secret handshake. I say carefully, ‘I suppose it matters to me because he is an innocent man’” (216).

Picquart recognizes that “The trial of Dreyfus was handled in an unprecedentedly superficial manner, with the preconceived idea that Dreyfus was guilty, and with a disregard for due legal forms” (272). He knows the case needs to be reopened.

Although the novel is based on a true event with a known outcome, Harris maintains suspense, driving the plot primarily by dramatizing the characters’ decisions to think or to evade the facts of the case. At every turn, the issue is whether or not a character will consider the evidence, think independently and honestly, and place the facts above his prejudices and emotions. Thus, the book illustrates the relation between rationality, integrity, and justice.

The Dreyfus file includes letters between Dreyfus and his wife. These letters give the reader a glimpse into the terrible suffering that the prisoner endures, his dismay at the injustices inflicted upon him, and the extent to which he values the life from which he was torn. Through them, Dreyfus comes alive with a moral strength that helps him through the ordeal. The letters also reveal the unbreakable bond between husband and wife—and Lucie’s enduring quest for justice on her husband’s behalf.

In time, Picquart becomes a hero. With a handful of allies, he leads the investigation, facing various opponents, among them high-ranking army officers. Risking his own position and career, he persists, eventually taking his investigation underground.

An Officer and a Spy is at once a compelling historical novel and a spy thriller, portraying a few people who take principled actions to save an innocent man. The book exposes the evil of lies and prejudices as well as the value of meticulous objectivity in the cause of justice. It is a stirring demonstration of the role of virtue in man’s life.

Anna Franco is a freelance writer and copy editor. Her self-published fiction includes Hummingbirds in Winter and The Daring Operation of Dr. McDowell: A Play in Three Acts.
View all posts by Anna Franco →
Dr. Josh Umbehr on the Rapid Growth of Direct Primary Care
Nature’s God: The Heretical Origins of the American Republic by Matthew Stewart
Return to Top